With any door, you have the decision of brickmold vs. no brickmold. Brickmold has nothing to do with bricks and is just the term for the trim outside a door. This trim can have many benefits, but many prefer their doors without them.

That begs the question, which one should you choose? Well, here we’re going to try and make your life as easy as possible. We’ll explain what these two types of door finishes are, and compare them to see which one would be best for you. Let’s get started by looking at exactly what brickmold is.

Brickmold is an external trim used on both doors and windows for similar reasons. Back when bricks were the more common siding in houses, brickmold provided an aesthetically appealing way to fill the space between the door frame and siding.

Brickmold can be made from several different types of materials, including PVC, pine, vinyl, and stain-grain wood.

While mainly added for aesthetic reasons, the benefits of brickmold go far beyond adding a stylish touch to your home. They can help make your door more secure, help battle against extreme weather and increase your door’s lifespan.

What Is No Brickmold?

The frame around the door will either not be there, or merely serve the purpose of hanging the door. This has a few benefits over a brickmold door, mainly because they don’t cost as much and will be easier to install. 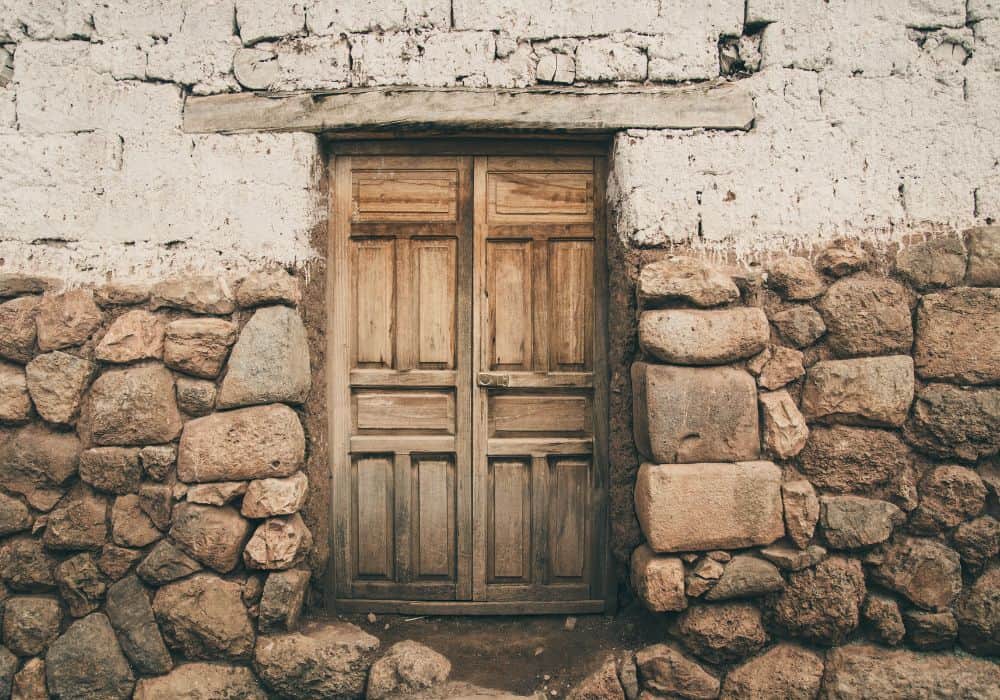 When considering brickmold, it’s important to consider the differences between these two options. So let’s take a closer look.

This is one of the most important selling points of getting a brickmold around your door. The brickmold surrounding will substantially improve your door’s lifespan by protecting the plaster and paint bordering the door.

Obviously, nothing last forever, and you shouldn’t expect this to be once in a lifetime investment. Still, if you do not like getting involved with routine repair and maintenance projects in the house, getting a brickmold surrounding your doors is a good idea.

This is perhaps the crucial difference between the two. Many people think it’s just a matter of style, but brickmold has plenty of benefits beyond looking great. One of the most crucial is that your door is going to last longer.

We mentioned improved durability there, but it goes beyond everyday wear and tears. Brickmolds can provide excellent protection in challenging weather conditions, especially if you use PVC or other composite materials. This is another factor that you should consider before making a decision.

If you live somewhere such as San Francisco, this will be much less of an issue due to the lack of weather extremes. However, it’s a different story if you live in an area such as New Orleans with high humidity or Buffalo with extreme cold and snow.

In places with challenging weather, brickmold will give you better insulation and act as a solid barrier against it. Doors without brickmold will be much more exposed, leading to rapid deterioration. For most people, this makes brickmold a sensible choice.

The brickmold trim can provide an improved appearance to the doors in your house, and many people feel that it provides a more homely look. This is in contrast to the colder non-brickmold doors often found in commercial buildings.

Obviously, this may not be the case for you, as different people can find different styles appealing. However, most people will choose to have brickmold. Not only does it look warmer, but you can also choose a custom trim to fit your style. 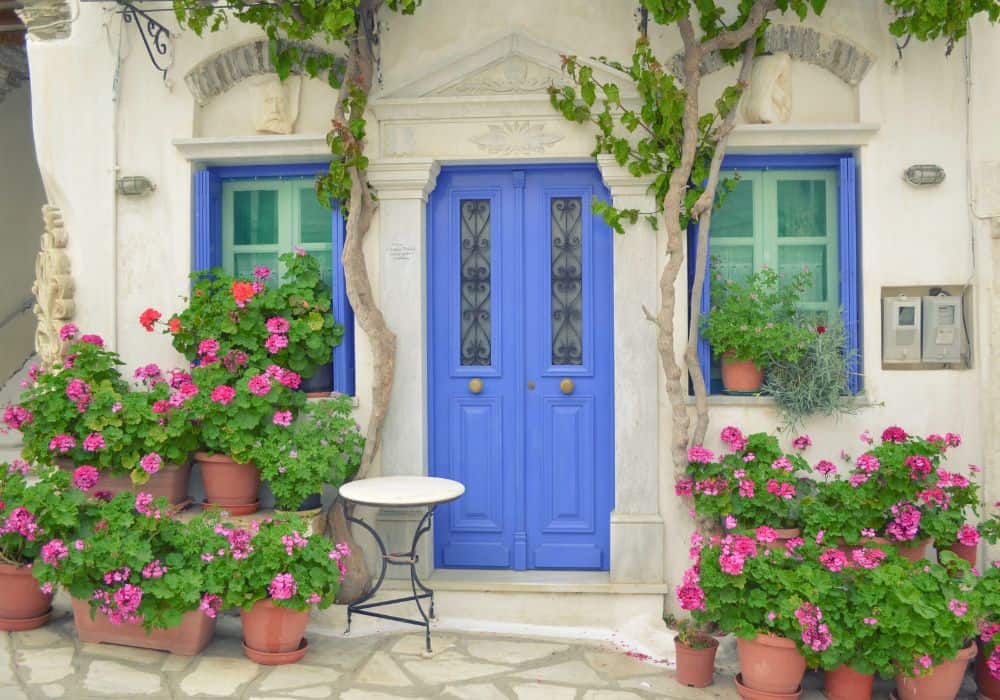 However, for some people, simple appearances can be more visually appealing than more sophisticated designs. If that sounds like you, it is a good idea to consider going for no brickmold door in your house.

Non-brickmold doors can still look brilliant. However, here the focus will be on the door, rather than the surroundings. For example, a large wooden door can look great without a brickmold surrounding it as your focus will be drawn to the door and not what’s around it.

Brickmold can also provide an additional layer of security, especially when it is utilized for external doors. This can make break-ins more difficult and improve the overall safety of your home.

With a brickmold, the trim is securely attached to the side of your house. Your door is then attached to the inside of this trim, giving it a much tighter fit. With the design of many outside doors, this means there is no way for a criminal to get to the hinge of the door.

With no brickmold doors, they are a lot more exposed as there is no outer trim protecting you from the door frame. This makes them more vulnerable to being kicked in or using something such as a crowbar on the hinges.

It’s important to note here that no brickmold doors aren’t easy to get into, especially well-made doors. It’s just that they are easier to get into than brickmold versions. If you wanted to have the ultimate peace of mind, then brickmold would be the winner here.

Brickmold doors can be expensive, especially PVC and composite doors. So, if you want to save money, then the choice is clear. Getting a no brickmold door would be the cheaper option, but sometimes it’s worth spending that little bit extra to get the right product.

We have already discussed that brickmold doors can be more costly, but how much can you expect to spend on both types of doors?

Well, the cost of a door will depend on a wide variety of factors such as material and labor costs. The important question to ask is just how much more expensive is brickmold? Well, the answer may be a pleasant surprise.

You’re unlikely to pay more than $200 extra for a brickmold door when compared to a no brickmold door, and usually, this figure is a lot less, and can even be as low as $100.

So, for example, if you’re paying $600 for a door, then paying a little extra to get it brickmolded can make a lot of sense. However, if a low cost is by far the most important feature for you, then no brickmold would be the way to go. 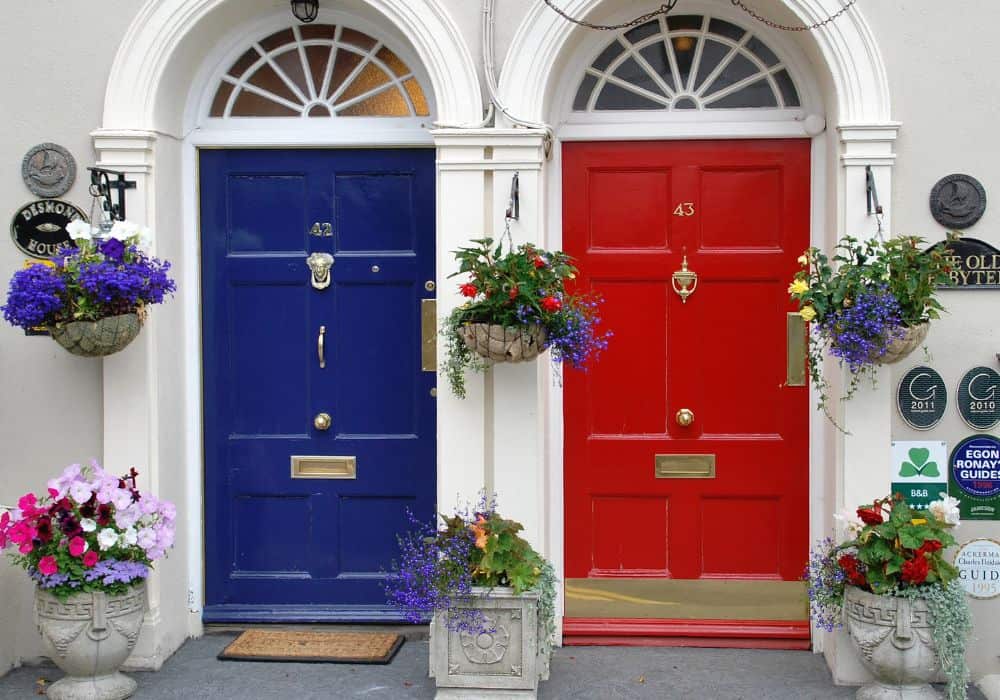 As you’ve probably already figured out, brickmold doors are going to be more complicated when it comes to installation. Instead of just hanging the door or adding a simple frame, you need to worry about the trim that goes around it.

This is an important consideration if you want to install your own door. You’ll need to have the skills and experience required to get the job done correctly. If you have any doubts, the best idea would be to call the professionals.

As we mentioned above, these extra installation requirements will cost more money but for many, it’s a price worth paying. Installing brickmold isn’t a novice DIY task and requires specialist tools and know-how. Also, getting it wrong can cause serious issues and compromise the security of your home.

The decision on which one is better will come down to your personal preferences and the situation you’re in. What’s right for one household may be completely different from another. It’s a good idea for you to weigh up the pros and cons of each option.

For example, if you’re short on money and just need to put a door in place, then no brickmold would be the best bet. The same can be said if you’re looking to install it yourself and want the simplest possible solution.

On the flip side, brickmold doors have many advantages. You’ll get a higher level of not only durability and weather protection, but also security. Added to that, most people think that brickmold doors look better as they are more stylish, warm, and inviting.

While personal preference is a big factor, it’s true that brickmold doors win in most comparisons. Therefore, they are the type we’d probably recommend as they’d last longer, give you better insulation, and give you more peace of mind.

If you are looking to install a door in your house, several factors must be considered before deciding what type of door makes sense for you.

While brickmold doors can be more durable, stylish, and secure than their no brickmold counterparts, they can also be more expensive, and complicated to install.

The choice is yours, but we hope now you have all the information you need to make the right call for your home.

I recently framed in my carport with window and door roughed in. Is this point where I decide to brickmold or not the door?