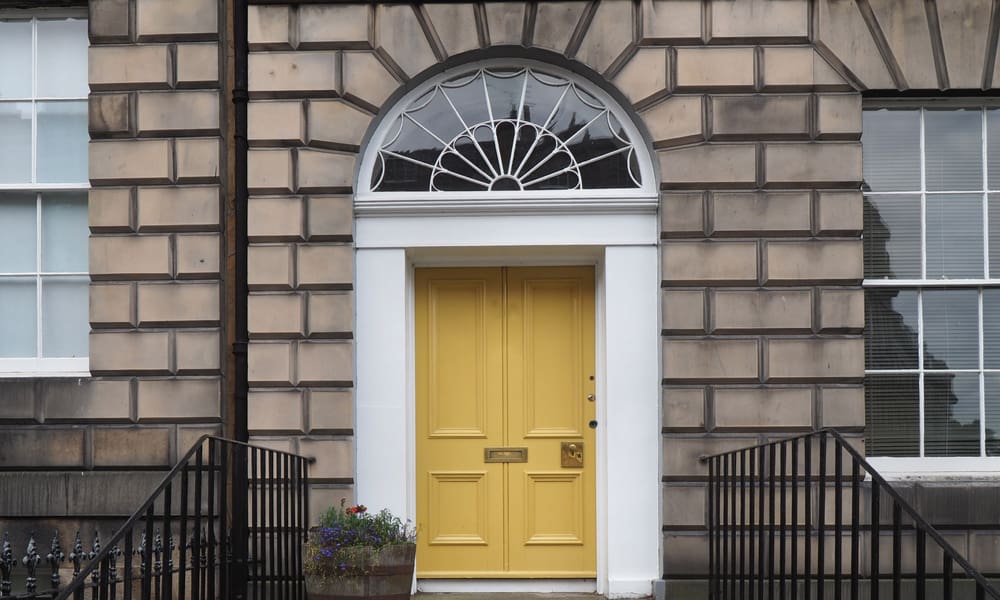 If you are looking for a way to give your home a makeover, perhaps you have considered adding a transom window either above your door or over your windows. This is a great way to add a touch of old-time class to your home while increasing the amount of light inside.

For anyone who is thinking about installing a one – or for anyone who is just curious about this elegant architectural feature – here is our guide to everything you need to know about transom windows.

“Transom” is the architectural term for the horizontal beam or strengthening crossbar set above a door or window that separates it from the rest of the wall. A transom window is a window placed between the transom itself and the wall.

“Transom light” is another term for “transom window” – architects often refer to windows as “lights”.

3. What was their original purpose?

Originally, transom windows were used to improve ventilation in buildings in the days before air conditioning. Since they were located high up above the door or window, they allowed air to pass through while not sacrificing security or privacy because nobody could see through or gain access to the building through a transom window.

Another use was to increase light levels in a room – and this use was popular for the same security and privacy reasons as when they were used for ventilation.

4. How did they function 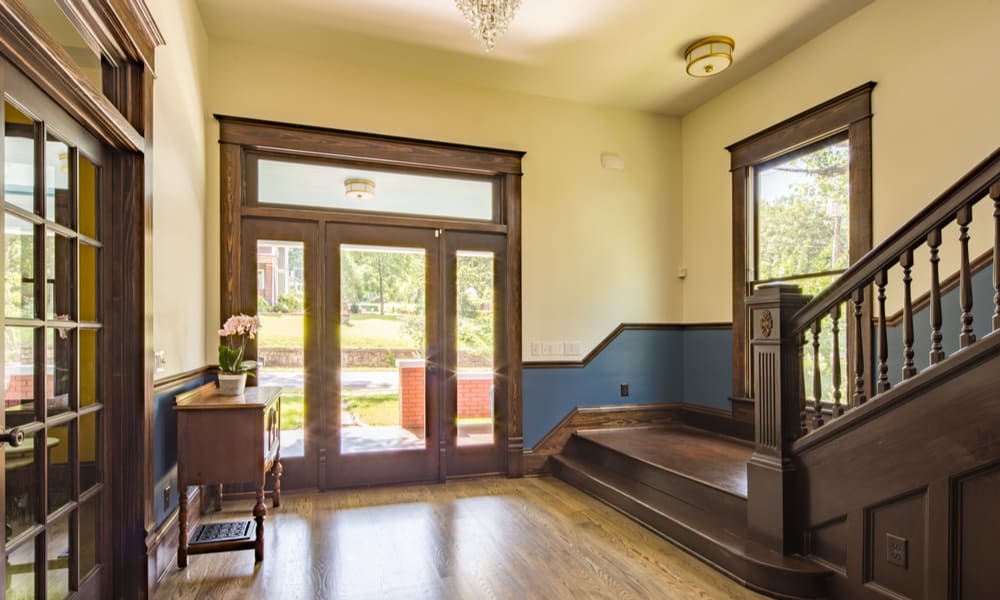 Back then, since they were located above the door, they were operated by a rod system, and the window would swing open on a hinge that was located at the top, in the middle or on the bottom of the sides of the window.

However, if they were only intended to increase the luminosity of a room, they might not have opened at all.

5. How long have they been around?

Transom windows have been around for a long time – they were already appearing in buildings in 14th-century Europe. They went out of fashion for a while but a now making a big comeback as a practical and decorative element in modern architectural design.

6. What are they used for now? 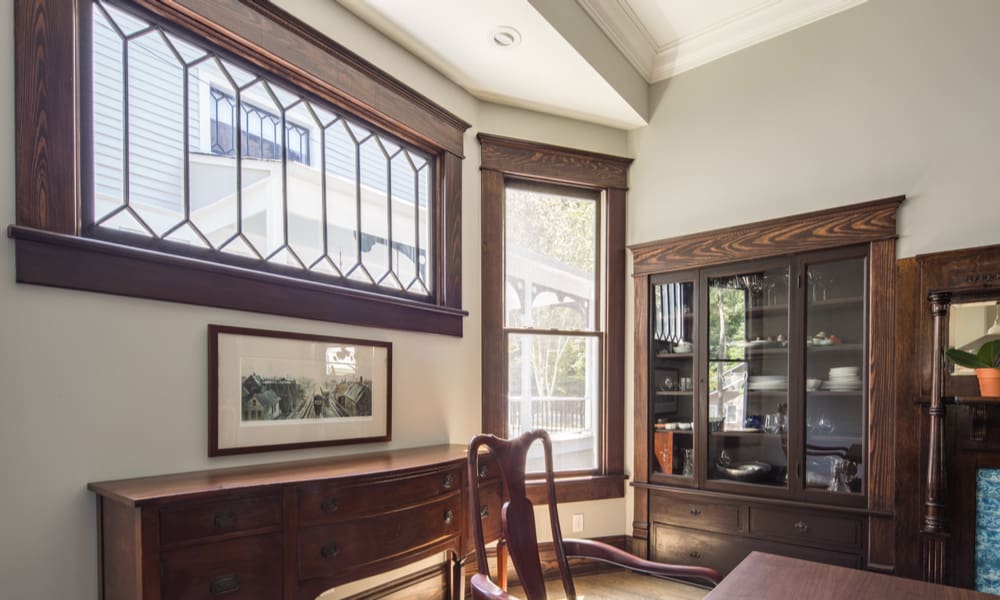 Since the advent of air conditioning, we no longer need transom windows for ventilation, and it’s now very rare to see ones that open. Nowadays, if you see a transom window that opens, the chances are that it is an antique that has been there for a very long time.

In modern architecture, transom windows are more commonly used to increase the light in a room. They can also be used as a purely decorative element to add a classic, nostalgic feel to a home.

7. Are they only used on exterior doors and windows?

No, they’re not. Even when they first appeared, they were not restricted to exterior walls. In the days when they were used for ventilation, they could also be installed inside a building to help increase airflow internally.

Similarly, they were used to increase the amount of light that reached rooms inside buildings.

Nowadays, installing internal transom windows can be a great way of giving your home a more open, airy feel while increasing the amount of light that penetrates inside. They can also be used as a decorative element to give your interior a more classic feel.

8. How can I have one installed?

Sometimes transom windows can be incorporated into the original plans when a home is being built. It may be a part of the architect’s plan or perhaps the person who is having the home built specifically requested a transom window above the door, for example.

If you want to add a transom window to an existing building, it can be more complicated, depending on the building itself as well as the kind of window you are hoping to install. However, it is far from impossible.

If you want to add a transom window above an existing external door, you will need to have a section of the external wall cut away to make space for the window. This is the kind of structural work that will need to be done by a professional, especially if you are dealing with load-bearing walls.

Transom windows can also be installed as part of a set with a door that incorporates a transom window into the frame. This can be a more affordable option that won’t require any – or as much – structural work on the building.

9. What are the options? 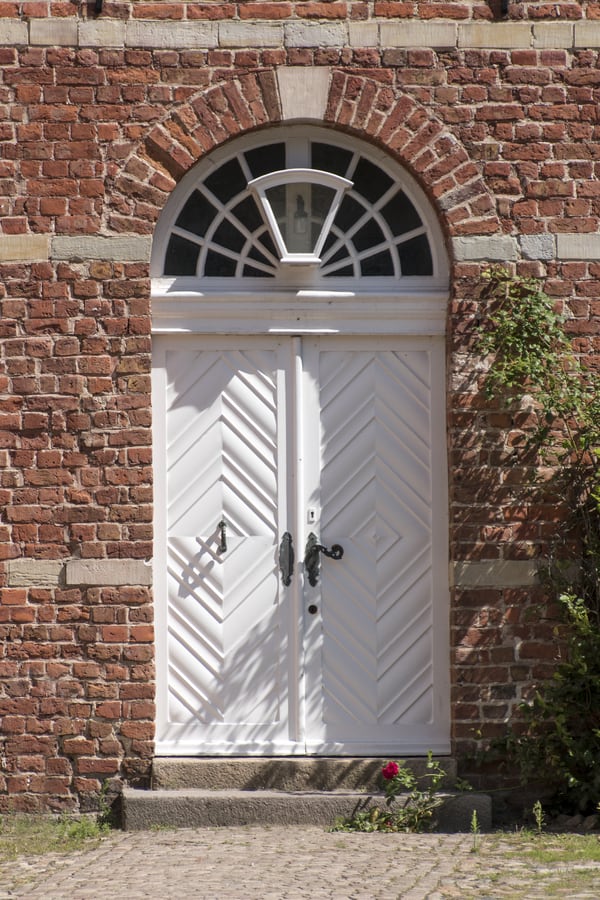 There are now so many options for transom windows, combining all kinds of shapes, sizes and materials.

One of the traditional and most common types is a semi-circular window featuring radial arms fanning out from the center – unsurprisingly, these are sometimes known as “fanlights”.

Another popular shape is the classic rectangular window, and these can offer a great way to allow a little extra light into your home, especially in the early morning or at sunset.

Beyond this, you can have any shape you choose – and you can even have custom windows designed if you have an awkward space where you want to install the window.

In terms of materials, there is also a full range to choose from, and transom windows exist that are made of wood, vinyl, aluminum, fiberglass and just about anything else you can think of.

10. Can I still have a “functioning” transom window?

Yes, you can! As we said, transom windows that open are much rarer now since they are no longer needed for ventilation. However, if you want one that opens, it is still possible. This might be an interesting idea in a bathroom, for example, as a way of letting the steam out when you take your bath.

Generally speaking, modern transom windows that can open or close are operated by an electric switch rather than in the traditional way with a rod. Having said that, if you particularly want an old-style opening transom window, everything is possible!

11. How much does transom window cost?

Costs can vary hugely depending on the kind of transom window you hope to install, the building where you want to install it and the amount of work that needs to be done.

At the very bottom end of the price range, you may be able to add a transom window to your home for as little as $100. However, for this price, you would be looking at a very basic design, and the material would be something relatively inexpensive like vinyl, wood or aluminum.

However, as you move up to more intricate designs and higher-quality materials, the prices rise accordingly. For highly decorative models, perhaps with a combined door and transom window made of more expensive materials – and taking any structural work that might need to be done into account – you could easily find the whole thing costing several thousand dollars.

12. How can I choose the right transom window for me? 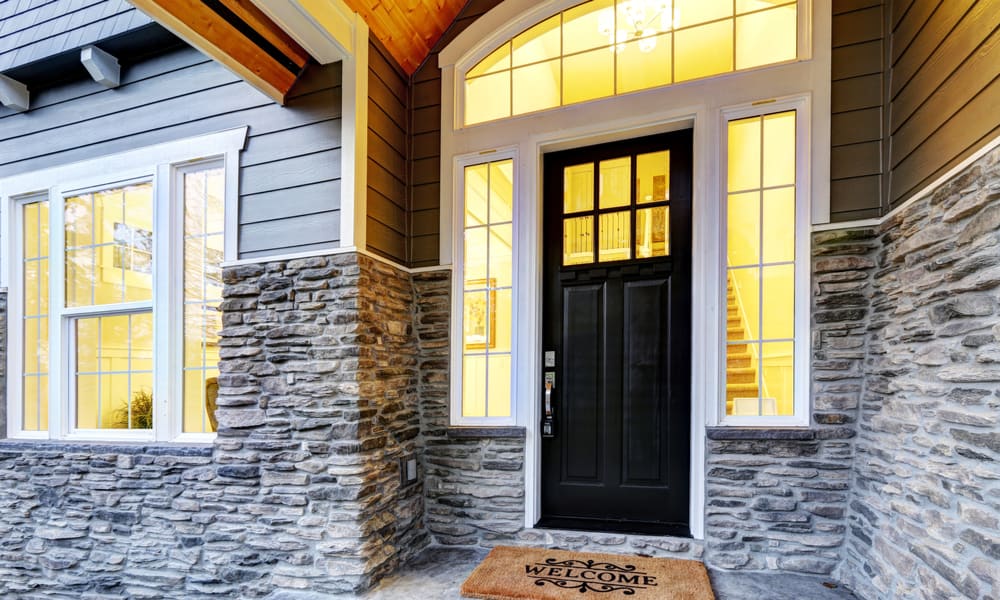 If you are interested in installing a transom window in your home, either internally or externally, you need to establish whether it is feasible to do so.

Perhaps the first thing to consider is how it would look. For example, internal transom windows work best in buildings with higher ceilings, where they can create a feeling of space and openness.

However, if your home has a low ceiling, it may create a strange effect where the space inside feels out of balance. Remember, if you decide to go ahead and then don’t like it, it will probably cost you quite a bit of money to go back to how things were before.

Once you are sure you want to do it, you then need to think about the wall where you plan to install the window. Remember, fitting a transom window into a load-bearing wall will require potentially expensive structural work.

In this case, it is best to seek professional advice over what is and isn’t possible before you go ahead and start the job.

However, once you have thought about all of these practical concerns and have decided that a transom window is the solution you are looking for, the next step is to simply choose the design you want – and as we have said, there are almost limitless options available.

Timeless appeal and a modern touch

Transom windows have been around for centuries. They disappeared from the mainstream for a while – but now they are making a comeback in a big way.

Adding a transom window is a great way to add a touch of stylish elegance to your home – and now they are being incorporated into architectural designs in ever more creative and modern ways.