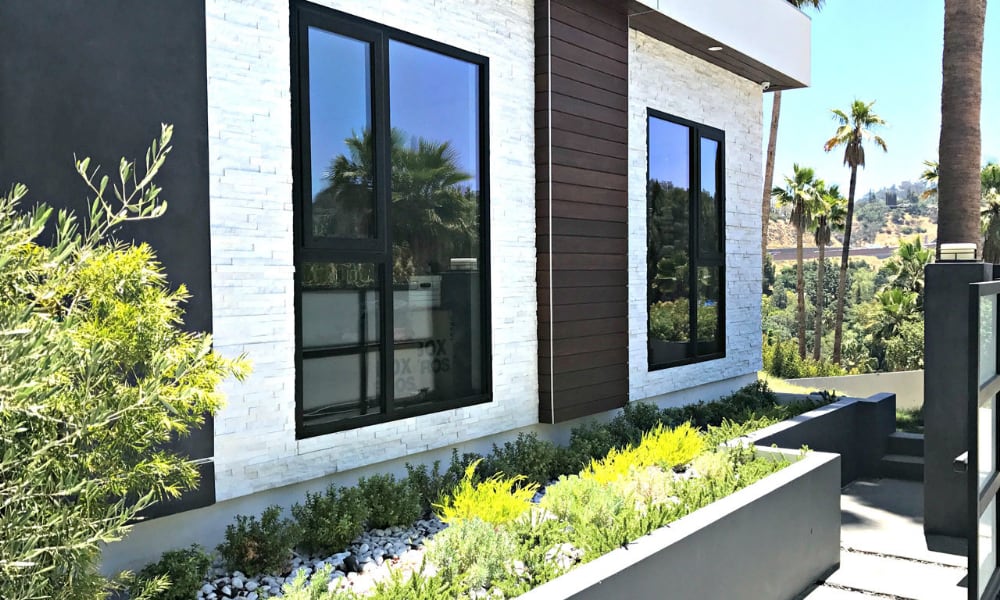 If you are looking for a way to add extra privacy to your home, reduce energy bills or even just give your house a striking new look, you may be thinking about applying tint to your windows since this is an inexpensive way to achieve all these results and more.

However, you may also have heard about reflective window film and be wondering about the relative advantages and disadvantages it has over regular tint. For anyone pondering this or any other related questions, here is everything you need to know about reflective film.

What is reflective window film?

Let’s start with the basics – what exactly is reflective window film?

In short, reflective film is a type of film that you can apply to your windows – whether they are the windows of your home, an office building or your car – to create a mirror effect when viewed from outside.

This means that from outside, you can’t see in – but the people on the inside can still see out, offering great levels of privacy.

Why would you want to install reflective window film? 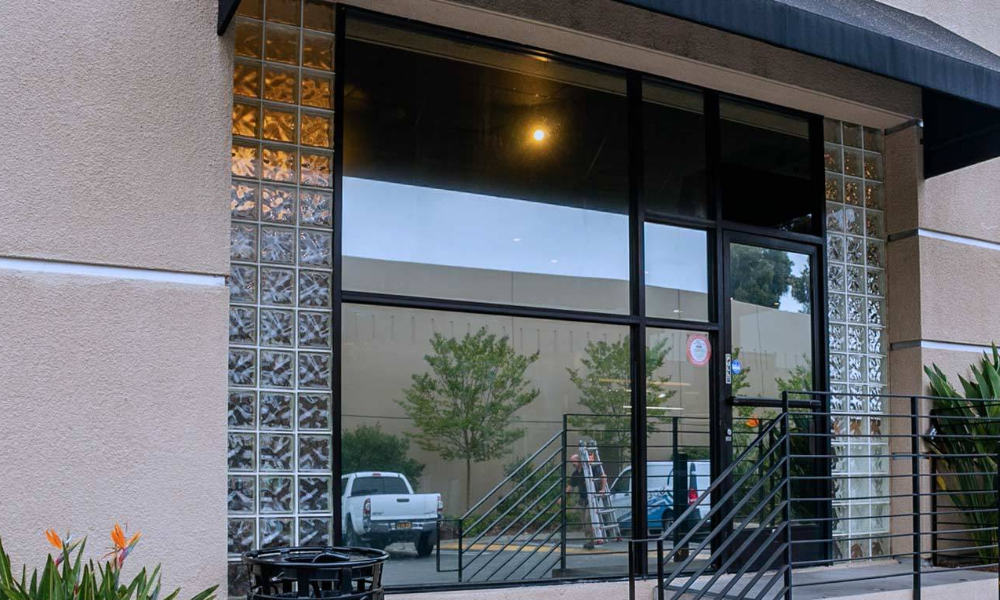 There are several reasons why people choose to fit reflective window film, so let’s have a look at the most important ones now.

Furthermore, even though people outside can’t see in, most of the natural sunlight from outside can also still penetrate the room.

This makes it much more pleasant than simply drawing the curtains or blinds since it leaves the room less gloomy. With reflective film you can have the best of both worlds – privacy and sunlight.

Due to its reflective nature, this type of film does a great job of helping control the temperature of a room during a hot day. These films reflect a large proportion of the sun’s rays, preventing them from passing through the window and heating the room.

This means that during the hottest part of the year, you will end spending a lot less on air conditioning, potentially saving you lots of money on your bills.

Related to the point about controlling temperature, reflective film can also protect you against harmful UV rays from the sun. Most people are well aware of the dangers posed by these rays, and many reflective films can block out up to 99% of UV, helping protect your skin.

As well as protecting your skin, this can also help prevent or slow the fading of your furniture or carpets, which is also due to exposure to UV rays.

Reflective film can also help reduce glare from the sun. This could be important when you are driving, and it can also be beneficial in a working environment, reducing fatigue and even improving productivity since most people work better when they feel comfortable.

Another reason for installing film on windows is for safety since it can help prevent the glass from shattering if it is smashed, something that could help avoid a serious injury.

Some people might even enjoy having this effect on their home, and adding reflective film can give a house an ultra-modern look.

What is the difference between reflective and regular window film? 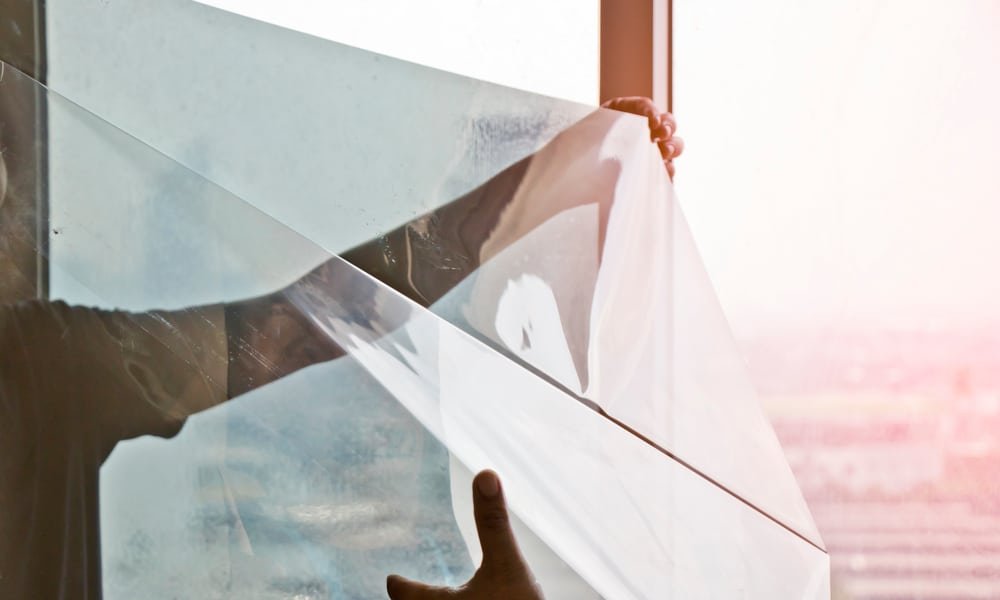 As you can see, there are many great reasons for installing reflective film on your windows – but how does it differ from regular tinted film? Let’s look at this now.

In the simplest terms, the difference between reflective windows and tinted windows is that tinted windows use film that blocks light but doesn’t reflect it.

This means that when you look at a tinted window, it looks dark rather than like a mirror.

This means tinted windows can give you a good level of privacy, depending on how dark the tint is, but they can’t match reflective tint in many of the other areas.

For example, while regular tinted film can help prevent shattering and does a good job of reducing glare, it can’t equal the performance of reflective film when it comes to blocking out UV rays or heat.

While tinted film can certainly help with these things, a good quality reflective film will simply do a better job.

Are there any downsides to reflective film?

It is important to remember that reflective film isn’t a magical solution for everything, and in some situations, it might not be the ideal option.

While reflective film provides excellent privacy during the day – when it’s brighter outside than inside – at night when you have lights switched on inside, the effect is reversed, allowing people outside to see in.

For this reason, if you are looking for day and night privacy, this might not be the right option.

If you are thinking about installing reflective film on a vehicle, you should also make sure your check local regulations concerning window tint. Laws vary from state to state, and in some places, it may be illegal to use reflective tint in your car windows.

Windows with this kind of film can reflect the sunlight off your house and directly onto other houses, and if your neighbors suddenly find themselves dazzled every evening as the sun goes down, you might find you’re not the most popular person on the street.

This means it might be better to consider how your neighbors will react before investing in reflective film.

How is it installed? 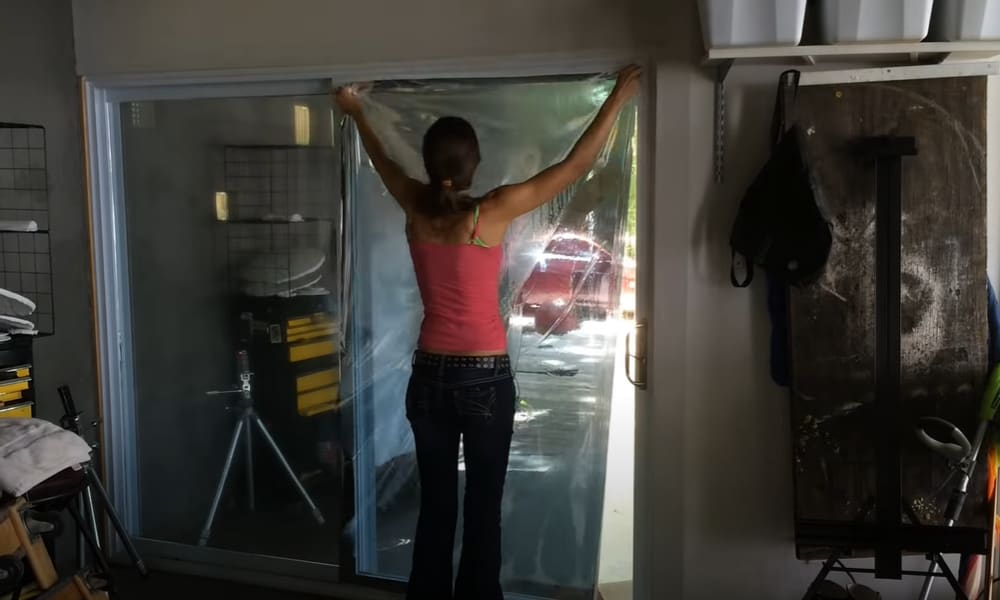 One of the great things about reflective film is that is extremely easy to fit. There are a couple of different options, and the simplest is film that attaches to the window simply by static.

To install it, you just use soapy water to help it stick and a squeegee to apply it and remove any bubbles – and you’re done.

With static cling film, it’s almost as easy to remove, making this a good option if you don’t want anything too permanent – for example, this could be a great solution in rented accommodation.

More permanent versions also exist that are fixed to windows by adhesive, but they are hardly more difficult to install.

You need to be more careful not to make a mistake while working as you can’t correct it as easily, but once in place, you can expect one of these films to stay attached to the window for many years.

How long does it last?

As we just mentioned, there are many different types of film, some of them more temporary and others more permanent. However, if you invest in a top-end film, you can expect it to stay up for as long as 20 years or more.

Does it come with a warranty?

Different films come with warranties of varying lengths. Some of the least expensive ones might be guaranteed for only a year, but if you choose one of the highest-quality options, you can expect a warranty of as long as 10 years.

However, even with a warranty of this length, you can expect the film to last considerably longer.

What options are there?

As we noted, films come either as static cling versions or ones that stick using adhesives.

Different grades are also available, depending on which direction your window faces. For example, if you need a film for a south-facing window, you will need a darker version to protect your room from the full power of the sun.

However, if you have a north-facing window, you should choose a lighter option since you won’t need to worry about the force of the summer sun on your window but you might like to maximize the amount of light it lets in.

Reflective films are also available in a range of colors, allowing you to customize your house or car further. For example, you can choose a reflective film that includes a blue or red tinge, depending on the style you prefer.

A useful and cost-effective solution to many problems

As we have seen, adding film is an inexpensive way to achieve a number of results, including increased privacy, heat reduction, improved aesthetics and more, and in many cases, choosing reflective film is a better option than choosing a simple tinted film.

You can pick from static cling film or film that is attached with adhesive, and there are many other options, including darker or lighter films as well as films with color.

Whichever type you decide to go for, we hope that with this introduction, you have learned everything you need to know about reflective window film. 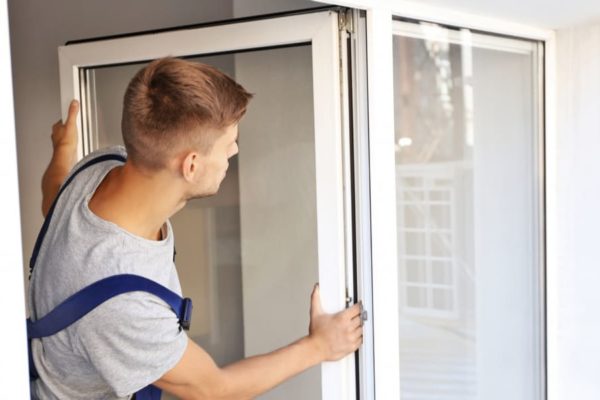