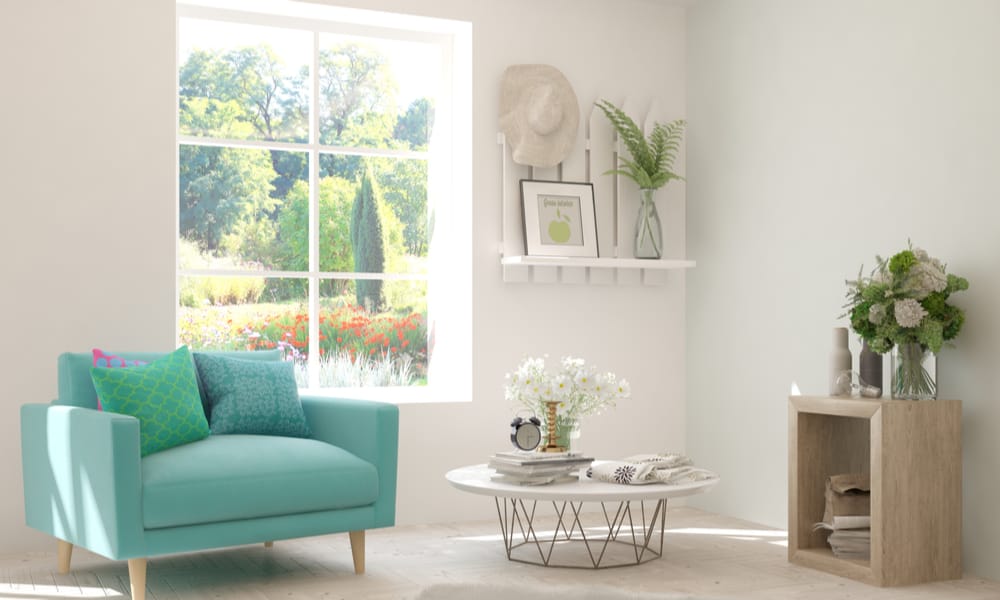 Replacing windows or choosing windows for a newly built home will invariably set you back a considerable amount of money, so this is a decision you won’t want to take lightly. This means you’ll want to shop around for the best deal and will inevitably be comparing the various options.

You may be looking at some of the better-known names as well as some smaller operations, but one of the comparisons you will probably be thinking about is Pella vs Andersen – so to help, we give you all the information you need about these two window-making giants.

Pella and Andersen are among the largest and most famous manufacturers of windows in North America, and both companies have been around for a long time, so let’s start by looking at their histories.

Pella began in 1925 in the small Dutch community of Pella, Iowa, when Peter and Lucille Kuyper invested in Rolscreen, a company that made an innovative insect screen that could be rolled up when not in use.

Soon after, the company started producing Venetian blinds, and then, in 1937, produced its first window.

From these humble beginnings, the company grew into one of North America’s largest and most firmly established manufacturers of windows and doors.

The company still has its headquarters in Pella and is still owned by the Kuyper family. The company now employs over 7,000 staff, owns 16 manufacturing sites in the US and Canada and also has over 200 showrooms.

Pella has won several awards for being among the best companies to work for, including the Forbes America award for Best Large Employers of the Year in 2018.

The company also takes pride in its community and charitable work, and it has also been an Energy Star partner since 1999, demonstrating the company’s environmental credentials.

Andersen Corporation is slightly older than Pella, and its story began in 1903 when it was founded by a Danish immigrant named Hans Jacob Andersen in Hudson, Wisconsin.

The company started life as the Andersen Lumber Company, but after pioneering in techniques for manufacturing window frames, the company’s lumberyards were sold in 1908 so that they could focus purely on this area of the business.

Although the company moved back into lumber in 1917, to reflect its focus on windows, the company was renamed Andersen Frame Company in 1929.

The company’s next major innovation came in 1932 with the Andersen Master Casement Window, a completely assembled window unit that included the sash and the frame along with all the hardware.

The company was renamed again in 1937, this time as Andersen Corporation, the name it still retains today, and following the Second World War, the company went on to make further innovations in the world of window frame manufacture.

Among others, these included the company’s Welded Insulating Glass, a kind of anti-condensation and anti-frost window that first appeared in 1952.

Following this, in 1966, the company began producing Therma-Shield cladding, which included a patented vinyl exterior that was designed to protect wood windows from the elements.

The company has continued to grow as well as to innovate, releasing its proprietary Fibrex material in 1991, a combination of recycled wood fiber and PVC, one of the mainstays of its range to this day.

Since the beginning of its over a century of history, the company has grown from its beginnings as a small lumber business into a company with over $2bn sales per year and around 12,000 employees.

It also has over 30 manufacturing facilities, logistics centers and retail locations across North America.

Andersen has also been an Energy Star partner since 1998, winning Partner of the Year in 1999, the first year this was awarded. The company is also known for its charitable contributions. 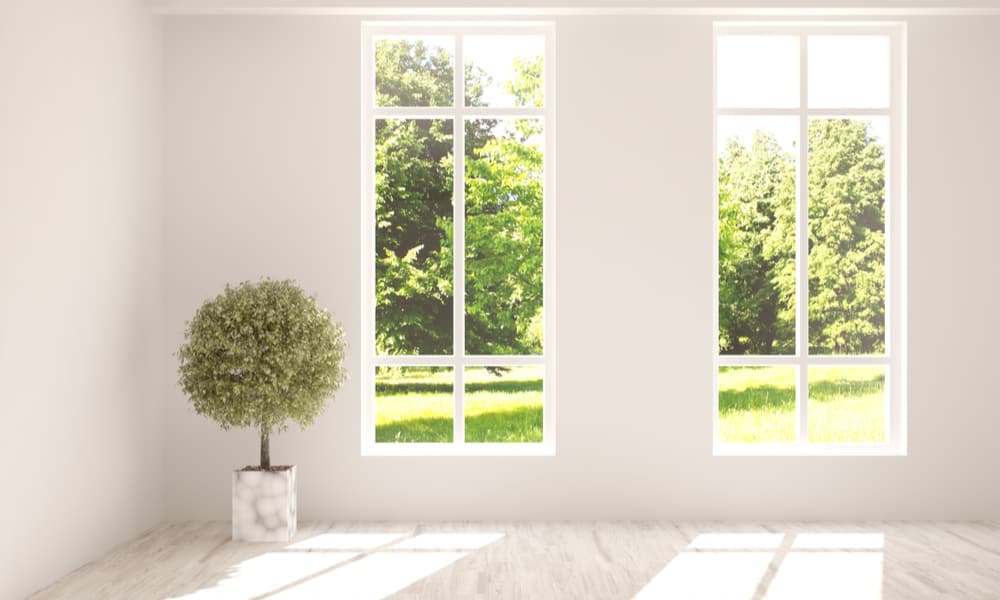 So much for the history, but what about the products? Both companies make well-regarded and reliable windows, but are there any differences between their ranges?

Generally speaking, the Replacement by Pella range is mostly made up of all-vinyl options, although they also make fiberglass and wood frames.

Andersen, on the other hand, doesn’t have much in the way of vinyl products, focusing more on wood along with their own Fibrex material, which is made up of 40% recycled wood fibers and 60% PVC.

That said, under the American Craftsman brand, Andersen also offers a line of vinyl options for new construction.

Let’s have a look at some of the companies’ product lines in more detail. 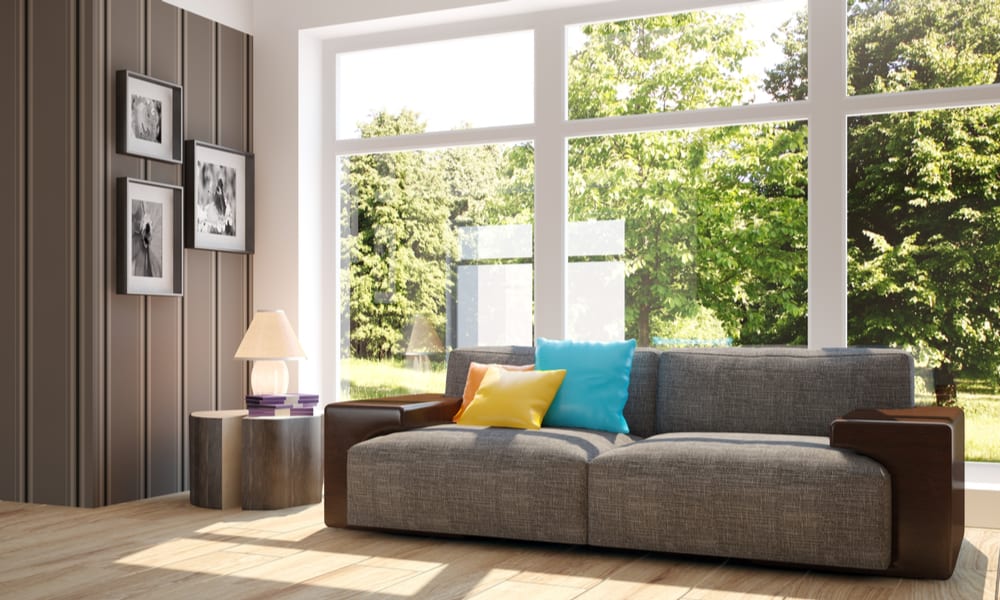 One of the most important factors most people will want to compare is the cost, so let’s look at that now.

It can be hard to compare prices since there are so many variables when choosing windows. However, according to The Spruce, Pella replacement windows cost around $770 to $1,000 per window

At the bottom end of the scale, this equates to around $10,000 for 13 double-hung windows from the Impervia range or $10,000 for 9 windows when choosing a higher-priced option.

With Andersen, you can expect to pay around $1,000 to $1,400 per window, which means if you are only looking for the least expensive option, Pella comes out on top.

It is also worth pointing out that with both companies, prices are not fixed, and sales representatives are allowed to negotiate a price, much the same as when you buy a car. This means if you have strong bargaining skills, you may be able to secure yourself a better deal.

Although price is important, most people are interested in more than just the money they have to pay.

Something else that may help you decide is customer satisfaction, and Andersen has around 90% fewer complaints than Pella, making it the clear winner in this category.

Furthermore, most of the complaints directed at Andersen are related to the salespeople rather than the product itself. Even if we can’t quite go as far as saying this suggests that Andersen’s products are superior, we can conclude that their customers are, on the whole, more satisfied with what they receive.

The warranty that comes with your windows is another key concern and deserves a mention.

Again, since there are so many options and variables, it’s difficult to give a direct comparison, but generally speaking, this time it is Pella that scores more highly.

To give some examples, Andersen offers a 10-year warranty on wood frames and sashes while Pella provides a lifetime warranty for wood and fiberglass to the original homeowner – although this decreases when the house is sold.

For glass, Andersen’s warranty is 20 years while Pella offers a lifetime warranty to the original homeowner.

Regarding labor, Pella offers a two-year warranty covering this aspect. Andersen does not give a labor warranty, but labor is included in the materials warranties when installing renewal windows.

There are certain differences between these two companies in terms of history, pricing, products offered and more, but the bottom line is that they are both well-established companies with many thousands of satisfied customers and you shouldn’t hesitate to choose either.

Perhaps the best thing to do is choose a product you like at a price you can afford regardless of which company it comes from. These two companies have been around for a long time and you can be fairly sure you will have a good experience whichever you decide to go with.