Installing a Ring video doorbell can be a great way to make your home more secure. With it, you can screen who comes to your door when you are not at home and the doorbells come with a motion sensor that triggers the security camera. But some people steal these smart doorbells. What can you do to prevent someone from stealing yours?

There are various ways you can prevent the theft of your video doorbell and we will share those with you in this article. We will also share with you what to do if your Ring doorbell is stolen. Read on to find out how to protect your home security device.

How Secure is The Ring Doorbell Installation?

When you purchase a Ring device, it comes with security screws and a backplate that you use to secure it to the exterior door frame. This set-up is reasonably secure, but if the thief has the right tools or is prepared to apply a lot of force, they could still get it off the frame in a matter of minutes. Knowing their methods can help prevent theft.

The simplest method is to unscrew the Ring device’s security screws. All the thief needs to have is the right screwdriver and they could remove the device quickly and with minimum noise. The other method they use is a crowbar to pull the device off the doorframe. It may ruin the device so these thieves may be after more than the doorbell.

How to Prevent Someone From Stealing Your Ring Doorbell

As mentioned earlier in the article, there are various actions you can take to protect your Ring device. You may choose to employ one or two of them, or you may go for all options to maximize the security of your video doorbell.

When you install your doorbell device, it is recommended that you take a few pictures of it and of the additional safety measure you have put in place. These pictures can be useful if the doorbell is stolen and you have to report the theft to the police.

Method One: Securing the Doorbell to The Wall

The most common location for mounting a security doorbell is on the door frame of the front door with a few screws. While these screws drilled into the doorframe will keep the doorbell firmly in place, they may not be enough to deter a determined thief equipped with a crowbar.

Securing the doorbell to a sturdy wall can help keep it safe. A thief will have a lot harder time trying to pry the device off a wall than they will of a door frame. The idea is to make the theft so hard and time-consuming that it is not worth the effort.

You can make the removal of the Ring doorbell harder by adding a protective cover for it. A tamper-proof cover is designed to protect a video doorbell from thieves. The cover will also keep out rain, dust, and other debris that may interfere with the functioning of the video doorbell or obscure the view. 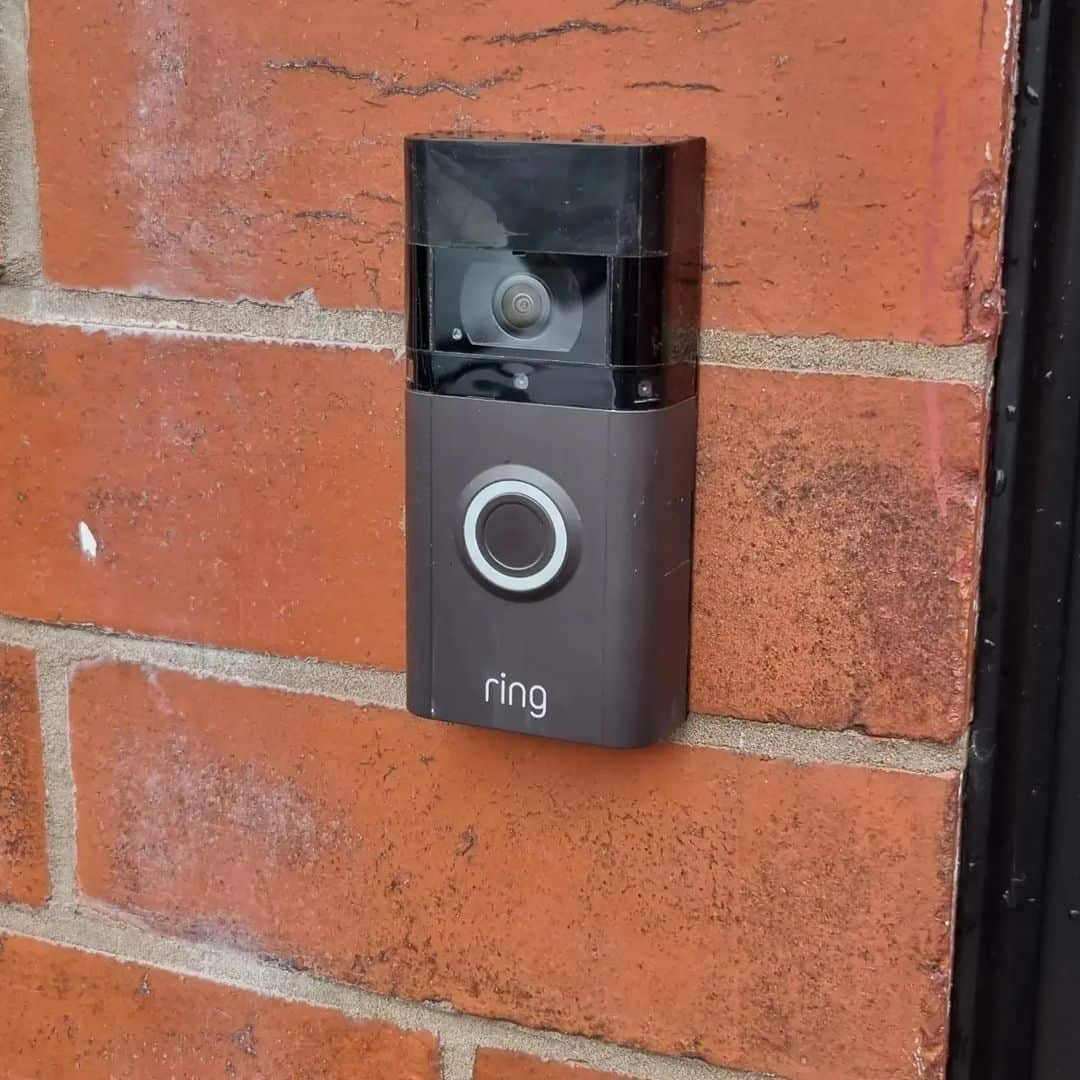 You might think that another security camera will be surplus to the requirement when you have a Ring doorbell installed but it can deter many thieves. When they realize they would still be caught on camera even if they took off the Ring device, they are less likely to attempt stealing it.

Seeing an additional camera may also deter thieves who are looking to enter your house instead of stealing just the doorbell. With multiple cameras, there is more risk involved and your empty house is no longer looking like an easy target.

Your Ring doorbell comes with the Ring App, which alerts you when the doorbell camera detects any motion within its radius. These notifications can get a bit too much especially if your radius covers the area outside your home and you get notified each time someone walks by your house.

Putting up a sign saying that your home is protected sounds almost too simple to be effective. Yet, it can be a major deterrent and keep the thieves away. Most thieves are scouting the area looking for an easy job with low chances of getting caught. Knowing you have protective devices installed will keep many thieves away. 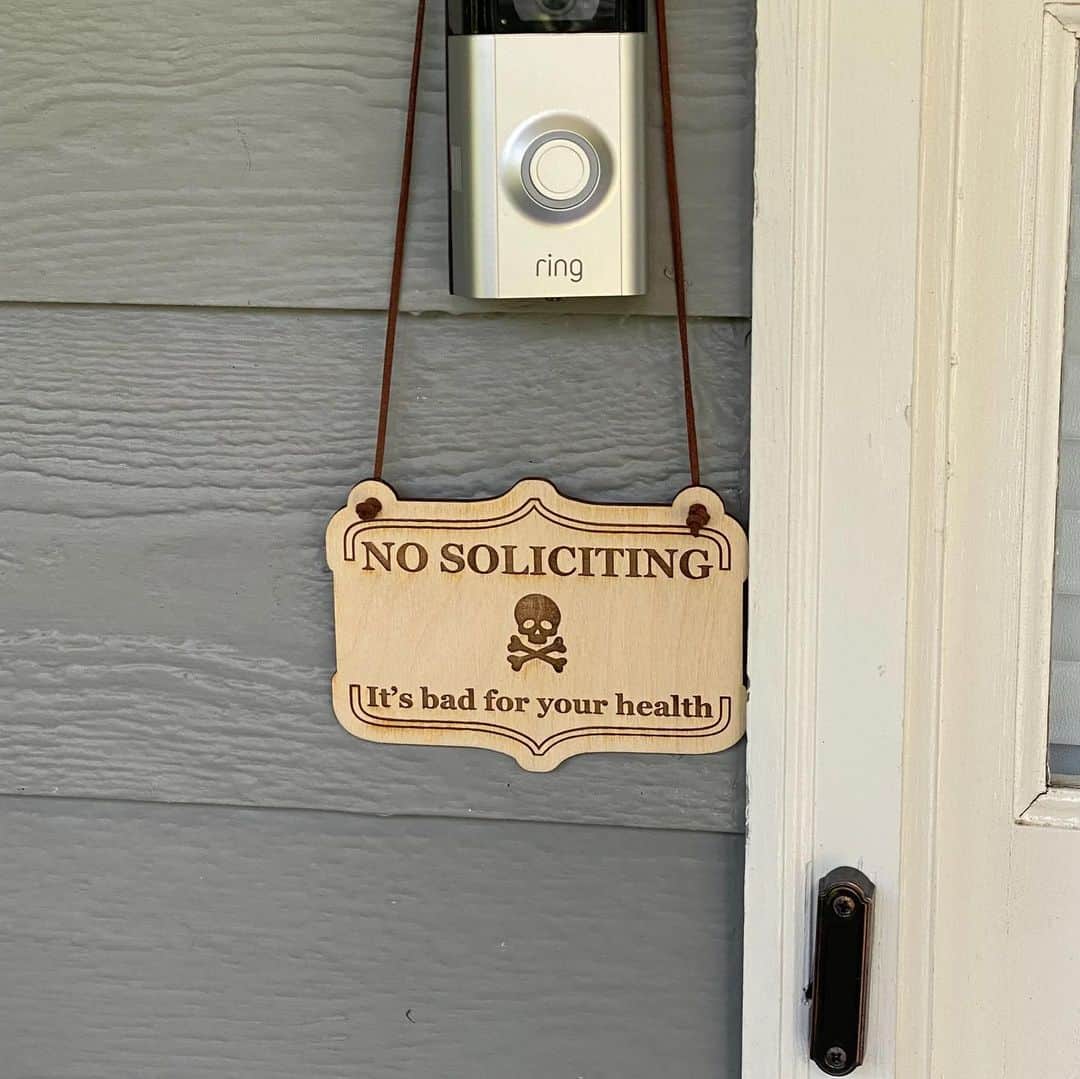 Sometimes, the removal of a video doorbell is part of a larger break-in. When the thieves want to gain entry to your home, they may turn off the power to the device by cutting the power cable.

You can make it harder for the thieves by hiding the power cable. Use cable clips to run the cables along a hidden area such as the edge of the wall. For an added layer of security, you can paint the cables the same color as your wall to make them even harder to spot.

Alternatively, you can have a security system that uses batteries. A battery-operated system cannot be stopped by cutting off the power supply. However, you need to ensure your batteries are changed regularly.

What Else You Can do to Protect Your Device And Property?

As well as securing the doorbell better and adding extra measures such as signs or other cameras, there are a few more important things you should do. These actions can protect you in case of theft or a break-in.

Have Your Videos Backed Up

While having your videos backed up will not stop the theft, the video footage can be useful evidence you can forward to the police.

You should take out insurance for your video doorbell. Take one out as soon as you install it or speak to your insurance company about including it in your current policy. 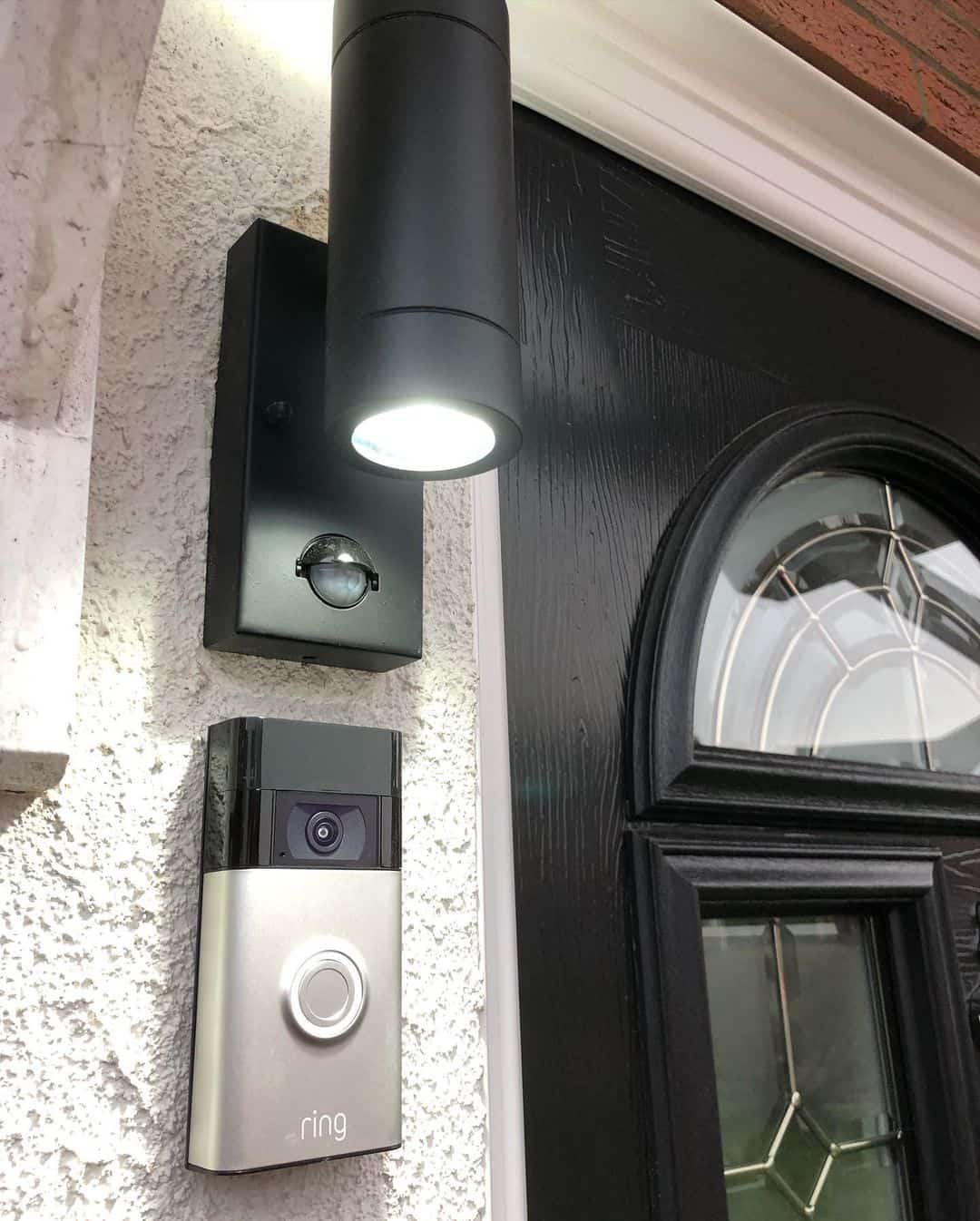 Why Do Ring Doorbells Get Stolen?

Ring doorbells are not stolen very often, but that doesn’t mean the chances of someone stealing it are zero. The reason they are not taken regularly is that their resale value is fairly low. However, there are still some thieves that are not deterred by the low profit or the security screws or backplate.

A more likely reason than profit for stealing a doorbell is to destroy evidence of another crime. If they are trying to force an entry into your home, they certainly won’t want to have that on camera. What these thieves might not realize is that the Ring device stores video in the cloud, meaning that destroying the doorbell will not destroy the recording.

What Should You Do if Your Doorbell is Stolen?

What should you do if, despite all your efforts, your doorbell still gets stolen? The first thing to do is to report it to the police. It does not matter if the thief only took the doorbell. It is still a theft and therefore a police matter. Contact them as soon as you realize your doorbell is missing.

Ask the police to give you a copy of the police report. That way you have a record of the event, and you also need to forward it to Ring. In most cases, Ring will send you a free replacement as long as you have proof of the reported deft such as your pictures and the police report. However, you must submit your claim within fifteen days.

Finally, check where the real-time video from the doorbell has been recorded. When you find the video evidence, forward this to the police, too, even if the thief’s face is not visible. You can find more details about what to do in the event of a theft in this video.

If you have installed a Ring doorbell in your home, you want to keep it safe from thieves. There are several things you can do to add an extra layer of protection and deter thieves. When they see a complicated job, they are less likely to attempt it.

We hope you find the methods in this article useful and easy to put in place. Should you have any remaining questions about how to prevent a Ring doorbell from beings stolen, you can write them in the comments sections.