A stuck door latch is a deterrent to your daily routine and can be frustrating in emergencies. It also questions your safety in the house since opening and closing the door is now demanding.

Any door latch can be stuck, both those interior and exterior doors. So, when this happens, you must find ways to remove the stuck door latch. How do you then do this? This article will answer all your questions about dealing with a malfunctioning door latch.

Common Reasons for A Door Latch Stuck in The Door Frame

To find a solution to a stuck door latch, it’s vital that you get to the root of the problem first. Hence, you need to troubleshoot the issue before finding ways to resolve it. There are different reasons a door latch can get stuck, which may vary when the door latch is stuck in the door jamb or cannot keep the door closed. In addition, there are particular signs of taking notes that tell you the root of your door latch is stuck. We’ll discuss the most common varying reasons for a door latch stuck in this section:

This may result from an issue with the foundation of your home or door expansion from moisture. Thus, when you try to open the door, the latch that extends to the strike plate’s hole does not enter the hole correctly. Therefore, you will need to employ additional force to make the latch fall into the hole, eventually resulting in the door latch being stuck.

A jammed latch resists opening and closing, meaning it cannot move freely as it used to. Hence, opening and closing the door becomes impossible since the latch has been stuck. The genesis of this issue is mostly not from the door or doorknob but due to a build-up of dirt and debris in the mechanism or lock components.

These dirt materials are usually rust or moisture stuck in the latch bolt so that the different components that make up the metal latch are jammed, and there’s no gap left for them to move freely. This is mostly friction between the other metals trying to make their way past the grime clog. While this is frustrating, it can be efficiently dealt with by cleaning up the lock mechanism. 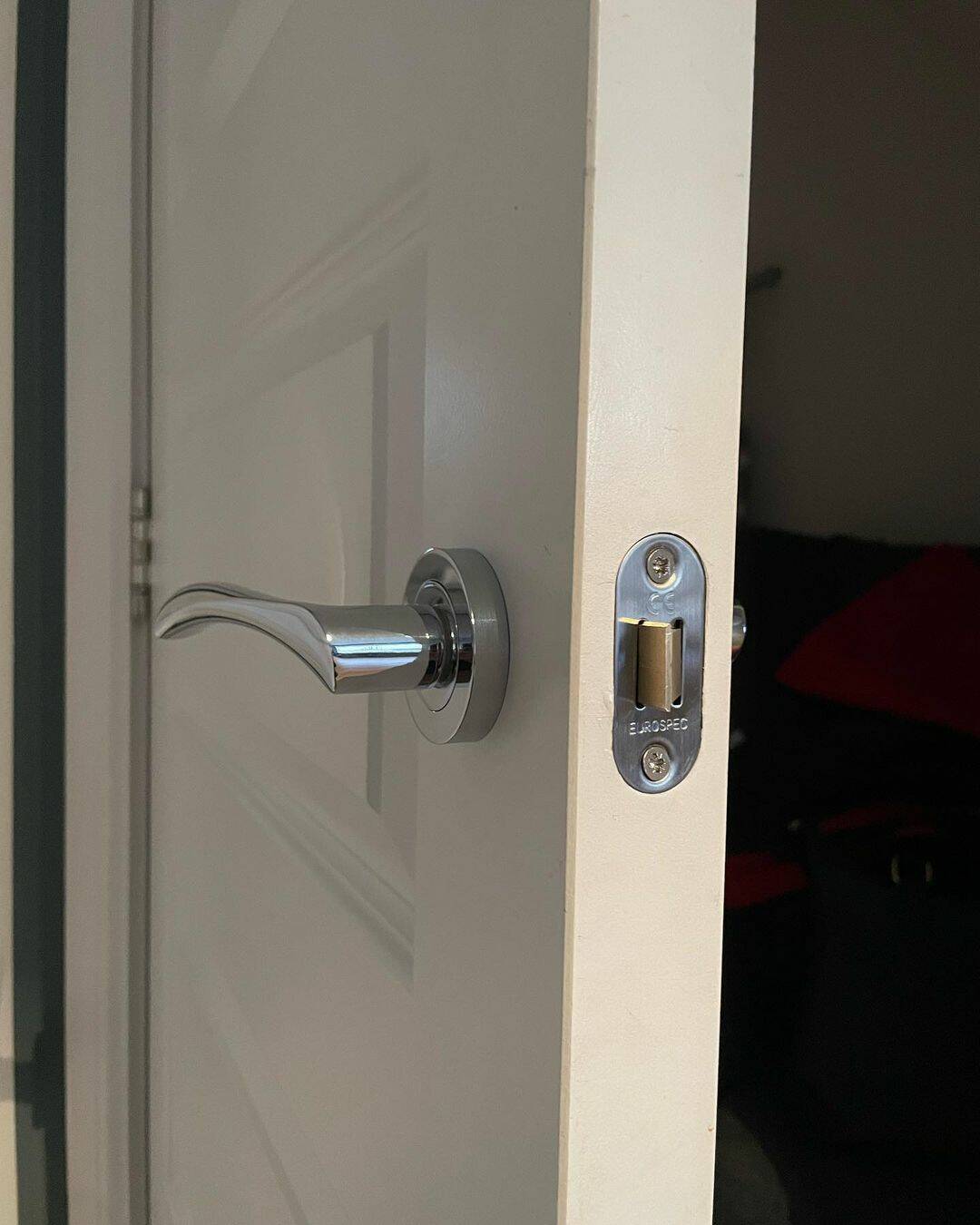 Sometimes the reason for your door trouble might cause damage to one of the parts of the lock mechanism. One or two parts may have broken or are too weak to be functional anymore. For example, the doorknob or through spindle may be broken so that it’s disconnected from the latch or clogged or damaged lock cylinder. Additionally, several parts of the lock could be broken or damaged.

In this case, the latch has no issues. Instead, the internal locking mechanism requires attention. And a common sign of this is the latch still going in and out when pushed as it usually would. When this happens, the easiest way to resolve it is by changing the locks and buying higher-quality lock products.

If you live in an old house, this might be the reason your door is stuck and can’t open or shut freely. Unfortunately, most people ignore the door hinges at the upper part of the door, which may have loosened from constant usage. The door may get jammed when this happens because it tilts from imbalance. If this is the case, you need to tighten the screws holding the hinges or use new screws if the old ones are no longer usable.

Now that you know the root of the problem with your door latch, the next step should be resolving it. When in this state, avoid forcing the door open as this may damage your door, latch, or the locks. You can do various DIY fixes without the tools in your home or get a few additional materials to make the process less straining. 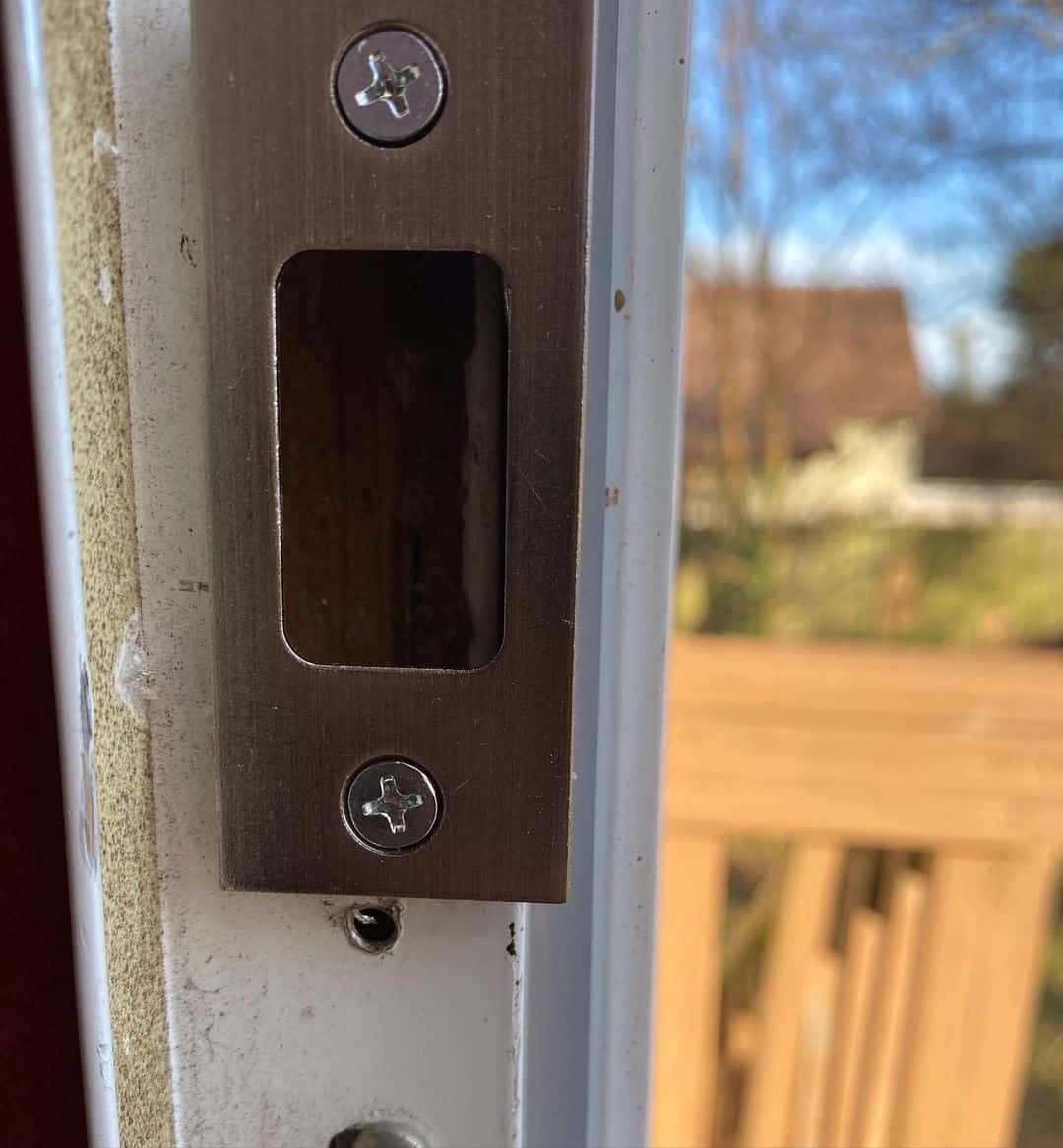 When you’ve discovered that your door latch is stuck due to a build-up of materials such as dirt and debris, you can resolve it by using the WD-40 lubricant in the following steps:

An alternative to the above method is cleaning the locks of rust or grimes stuck inside. Usually, vinegar is the most effective way of cleaning off and removing debris or dirt from anything. Its vital acidic component also helps in dissolving rust. Here’s how to go about it:

The latch bolt, which extends to the strike plate, usually does not fall into the hole. This is generally because the strike plate is misaligned and will lead to the latch getting stuck. So, to resolve this problem, you will have to realign the strike plate: 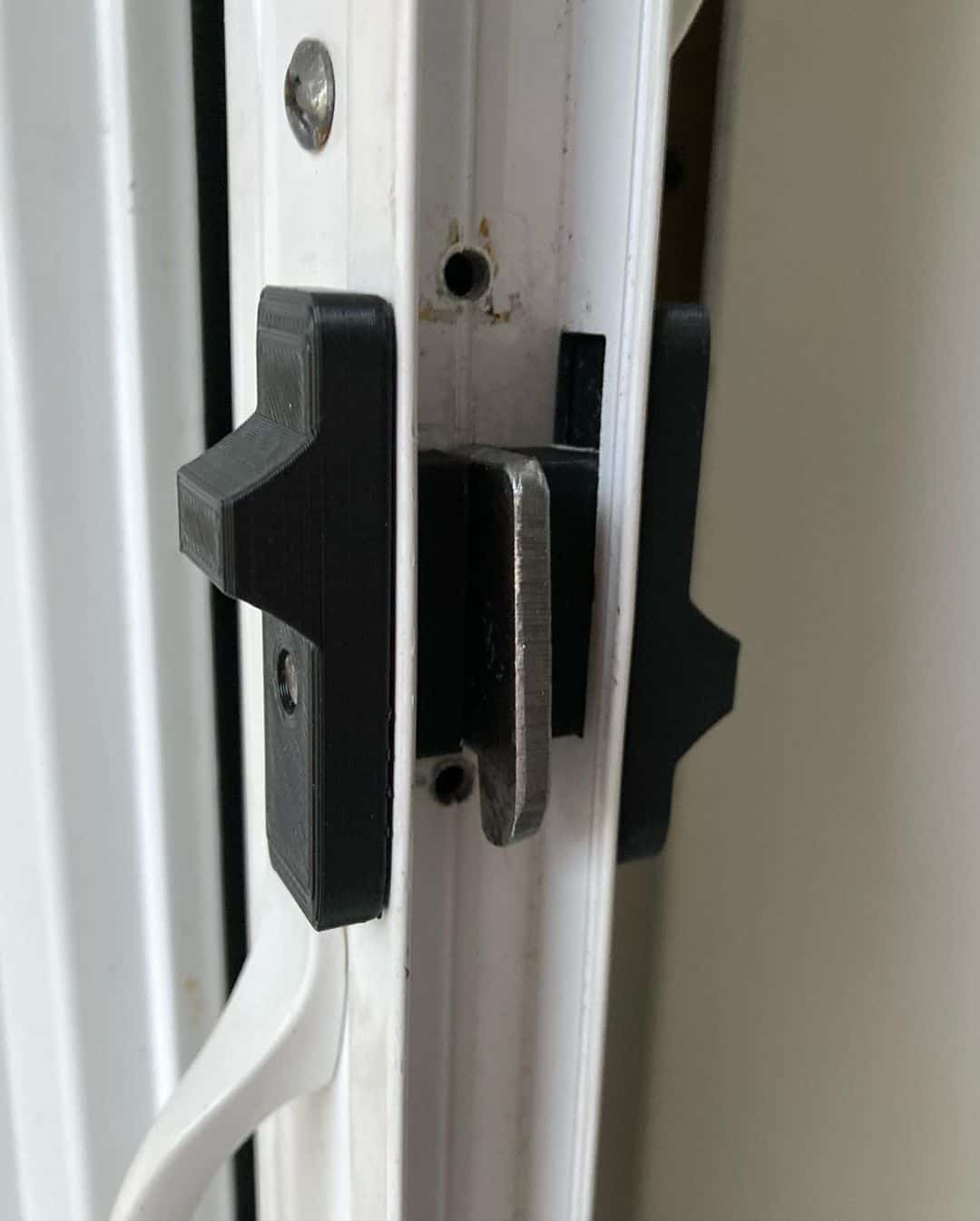 Sometimes, people make the mistake of leaving loose screws out when installing door locks. This may cause the door latch to get stuck. To fix this;

5. Use a Screwdriver to Loosen the Latch

If the latch doesn’t loosen from other methods, you can use a screwdriver or utility knife. However, you must be careful not to break the latch or other parts of the lock and door in this process.

It may be hard to repair if the lock components or mechanisms are damaged and broken. Thus, where one part of the internal mechanism is broken, the best thing is to replace the locks. However, when you keep repairing damaged locks, they are more susceptible to damage and require frequent attention. So, the best decision to make for a part of a broken lock is to get new ones. You can purchase them from any local hardware store near you and contact a locksmith to install them.

With the different methods espoused above to remove a door latch stuck in the door frame, you can now resolve any lock problems with your door. Your first bet is to troubleshoot and diagnose the problem to know the best step to follow the instructions and solve the problem. However, in extreme situations with a dead latch or damaged locks, you may need to contact a professional locksmith to look into it.