Door closers offer more benefits than what we credit them for. They control the speed at which the door meets the latch, thereby preventing injury to people in wheelchairs, small children, or even adults who have just returned from shopping with their hands full.

Aside from that, these devices prevent the door from opening too quickly, especially in windy conditions where high-speed moving air might slam the door against the latch. They also provide an added level of security by automatically closing the door behind a person leaving or entering.

It is for these reasons that you must know how to adjust door closer if it’s not working as intended. The whole adjustment process is simple – as you can see in this video – but it will require you to have patience and the mobility to move up and down a ladder more than a few times.

Think you can muster that? Then this guide is a must-read for you.

Before you adjust a door closer

You must know how this device works. Having this knowledge will make it easy for you to apply the instructions given below. As you’d be able to decipher why you’re doing what we’re asking you to do. The absence of confusion in your mind will make the whole adjustment process straightforward.

After you possess this knowledge, the next thing you need to know is why your door closer needs adjustment. Most door closers need you to tinker with them when a) there is something wrong with their tension adjustment screw or b) the pneumatic cylinder isn’t properly aligned with the bracket.

Finally, you might want to know about the type of door closer installed on your door. It won’t matter which type of closer you’re currently using – as the adjustment process for all is the same – but knowing more about the types can help you decide which might suit your requirements better.

How do Door Closers work? 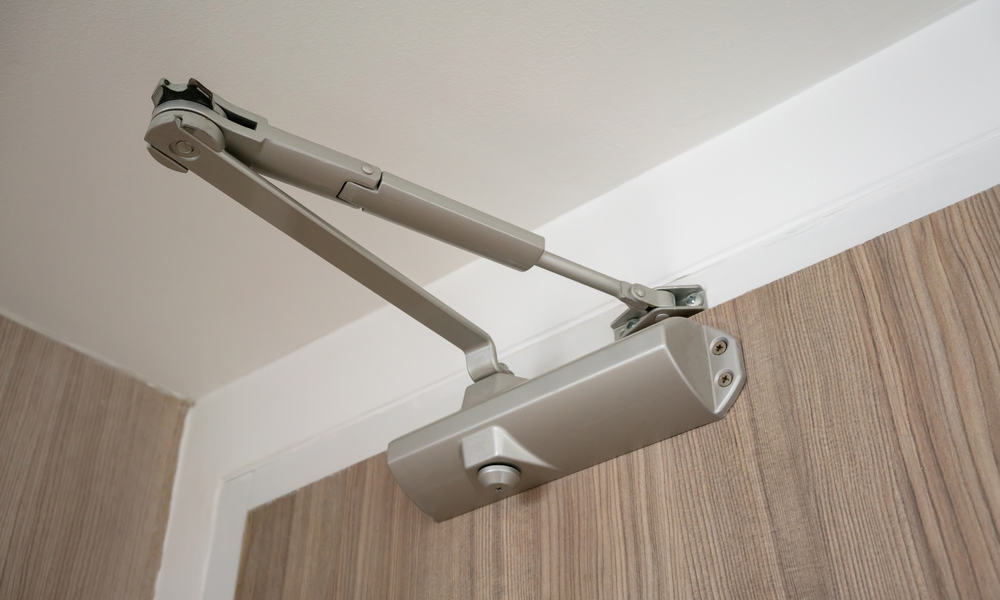 Once you open the door, it stretches the spring and forces the movement of hydraulic fluid from one end of the closer to the other. When you take your hand off the door, the spring starts returning to its natural position, at which the door will be fully shut.

As this two-step process is going on – you apply pressure, spring stretches to open the door; you remove the pressure, spring compresses to close the door – the hydraulic fluid is moving through a serious of valves. This movement is taking place in a pneumatic cylinder.

The valves that are also in the cylinder control the speed at which the door opens/shuts by regulating the pace of movement of the hydraulic fluid. They do that by releasing the pressure of the fluid to make sure that instead of banging against the opening, the door moves slowly.

Why your door closer needs adjustment? 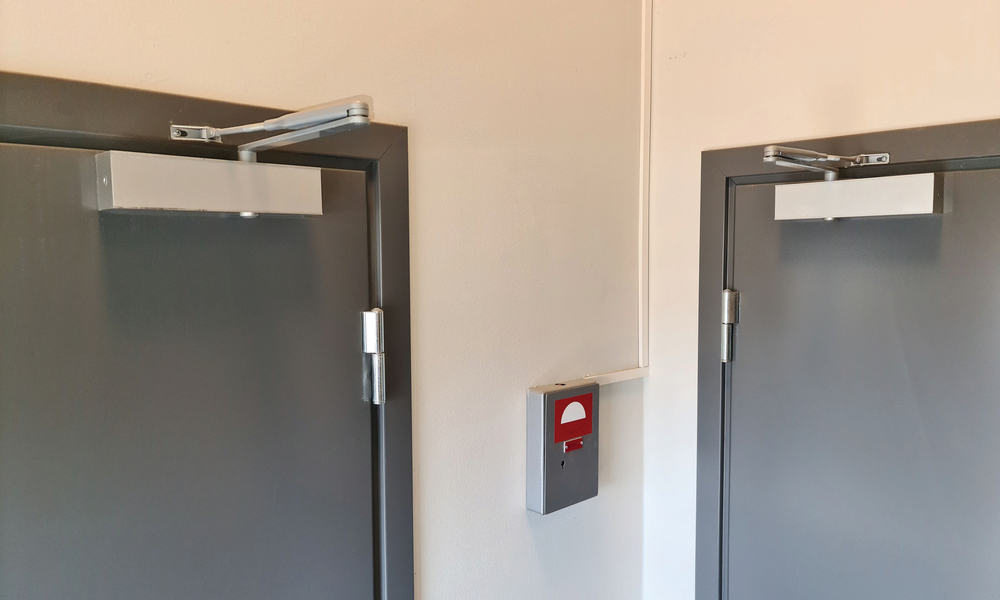 Here are two of the most common reasons:

It is an air-filled piston inside which a series of valves regulate the movement of hydraulic fluid. This hydraulic fluid, as we have stated above, is responsible for the gentle closing/opening of the door. The door won’t close as intended if there is an issue with the pneumatic cylinder.

The tension adjustment screw is located at the top of the pneumatic cylinder and attaches it to the frame of the door. If it is too tight, the door will open very slowly. If it is too loose, even a gentle push might small the door against the latch. 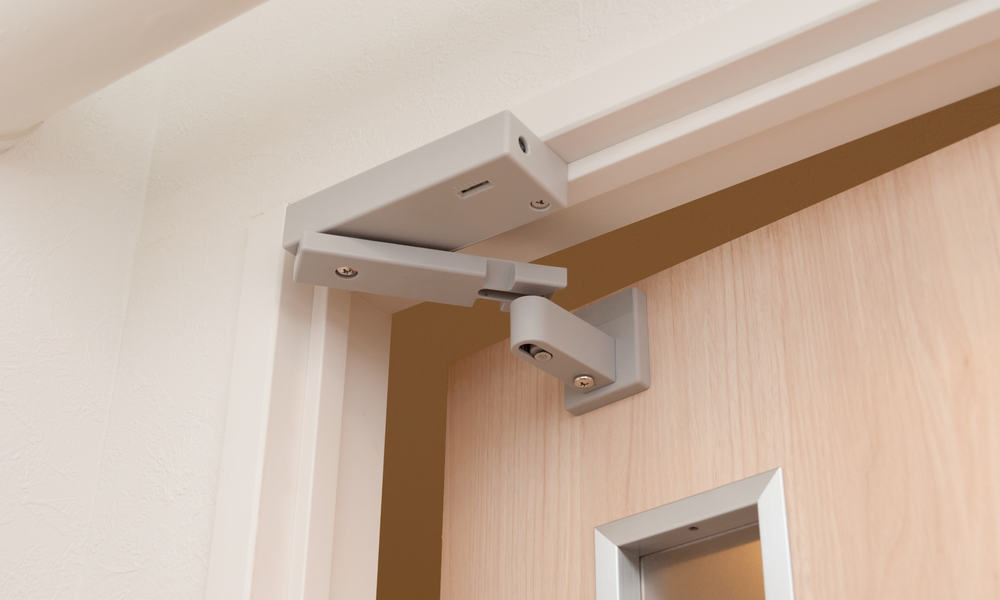 Here are the three types of door closers:

What you’ll need to adjust the door closer?

Here’s a list of all the tools and equipment you’ll need to adjust the door closer:

Step-by-Step Guide on how to adjust a door closer

a) Fixing the issue with the tension adjustment screw

Follow these steps if the issue is with the tension adjustment screw: 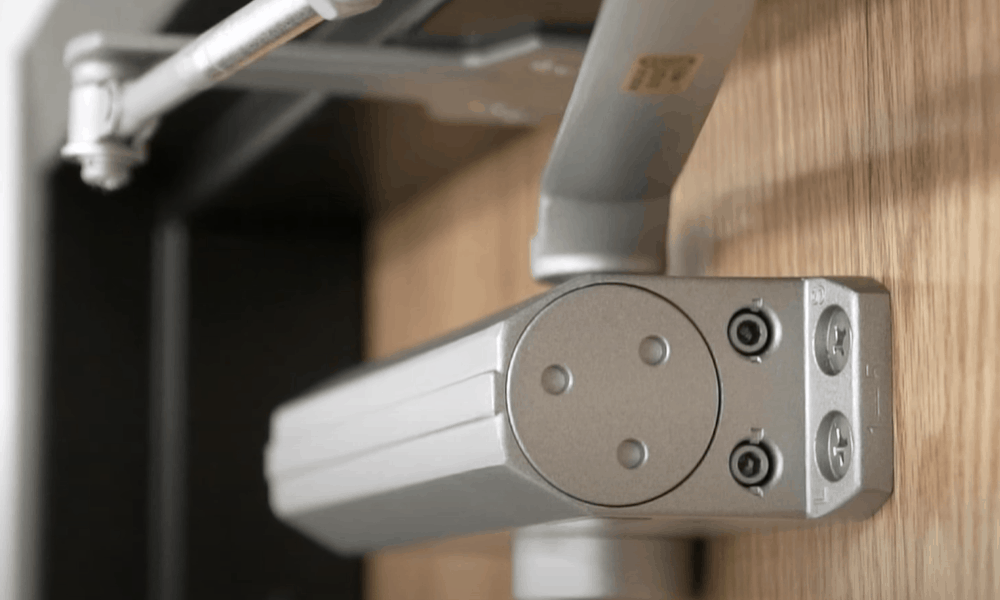 Every door closer consists of a pneumatic cylinder, an air-filled piston responsible for controlling the speed of the door, and a bracket, which attaches the cylinder to the door. The bracket does its job with a tension adjustment screw.

Provided you’re unable to find the screw on both ends, remove the cover of the door closer. Some manufacturers hide the cylinder, the bracket and the tension adjustment screw inside the cover. Gently remove the cover using a screwdriver

Pro Tip: Some covers have more than one screws, only one of which is the adjustment screw. If you can’t decide which screw is which, it’s time to experiment. Loosen one screw at a time, close the door and see if it’s opening more quickly than before. If it does, then you have found the tension adjustment screw. 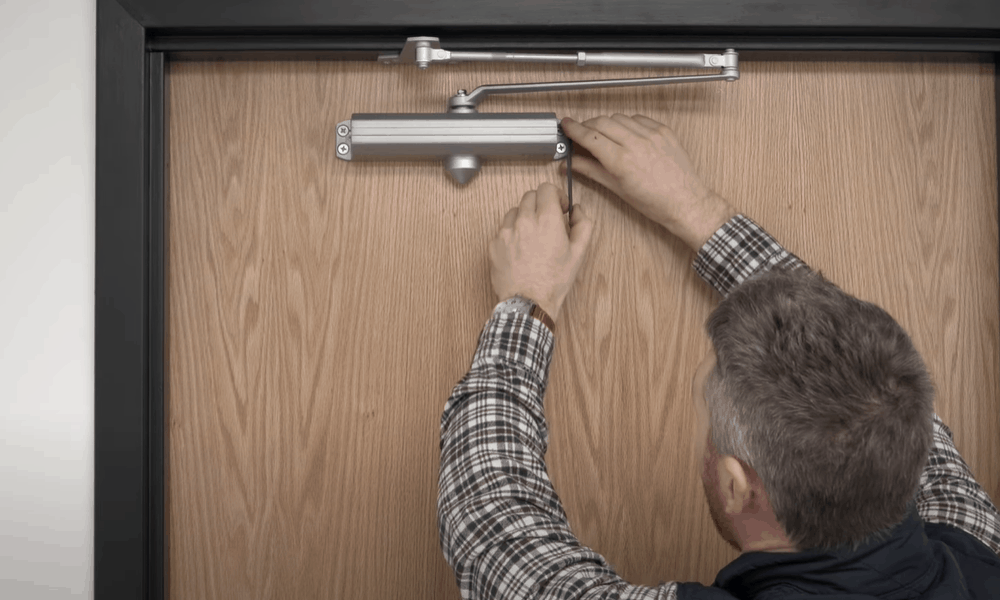 Depending on whether your door is opening too quickly or too slowly, you’ll have to adjust the screw differently. Here’s how:

b) Fixing the issue with the pneumatic cylinder/door latch

Follow these steps to fix the issue with the door latch/pneumatic cylinder: 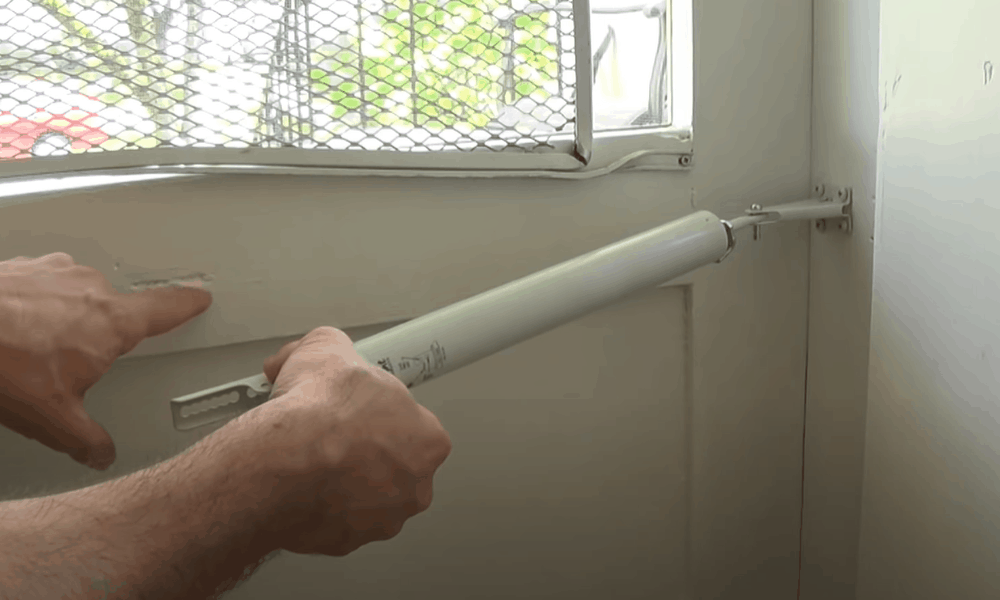 The first thing you should do is firmly close the door. That will make it easy for you to spot the pin that connects the bracket to the pneumatic cylinder. Slide up this pin using your thumb and index finger and remove the bracket from the cylinder.

Step 2: Re-adjust the cylinder’s positioning on the bracket

Provided you have attached the cylinder to the hole on the bracket that is farthest away from the starting point – and the door closer is still having issues, then it’s likely that the problem is with the position of the bracket on the door. You may have to adjust the bracket to get the door closer functioning as intended.

Final Step: Change the position where the screws of the bracket attach to the door 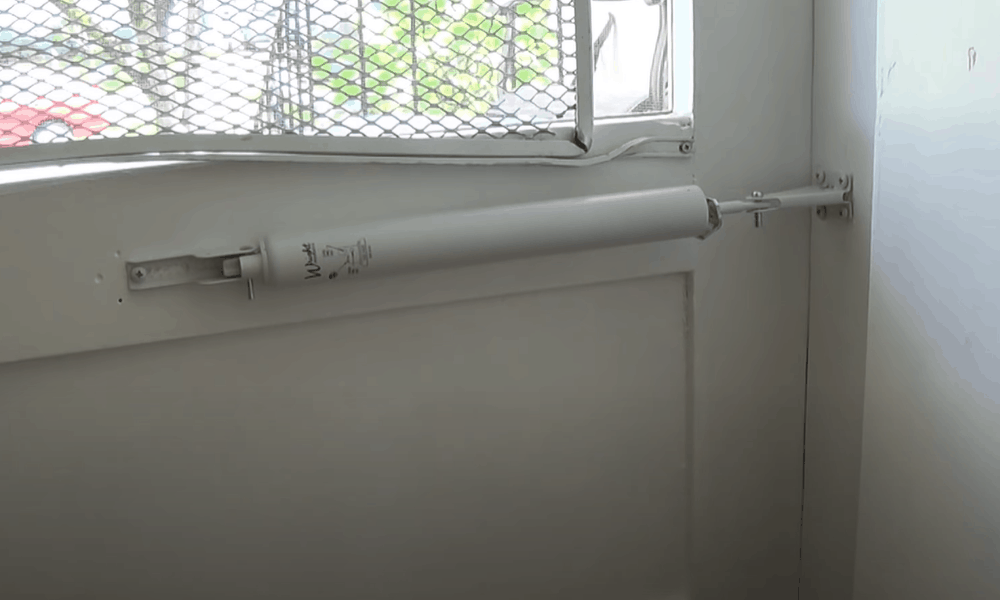 If the door is closing too easily, loosen the screws and move them away from the handle. Do the opposite if you’ve to apply too much force to open/close it.

You might have guessed by now that adjusting the door closer – whether the issue is with the tension adjustment screw or the pneumatic cylinder/door latch are malfunctioning – isn’t that difficult. All you need to have is a knowledge of where the problem lies, how to fix it, and the necessary tools which are essential to repair the door closer.

However, in some cases, it may happen that none of the abovementioned adjustments will work. That might happen when your door closer has worn out beyond repair. Such a scenario will require you to replace the door closer altogether as there’s no way you can fix it.