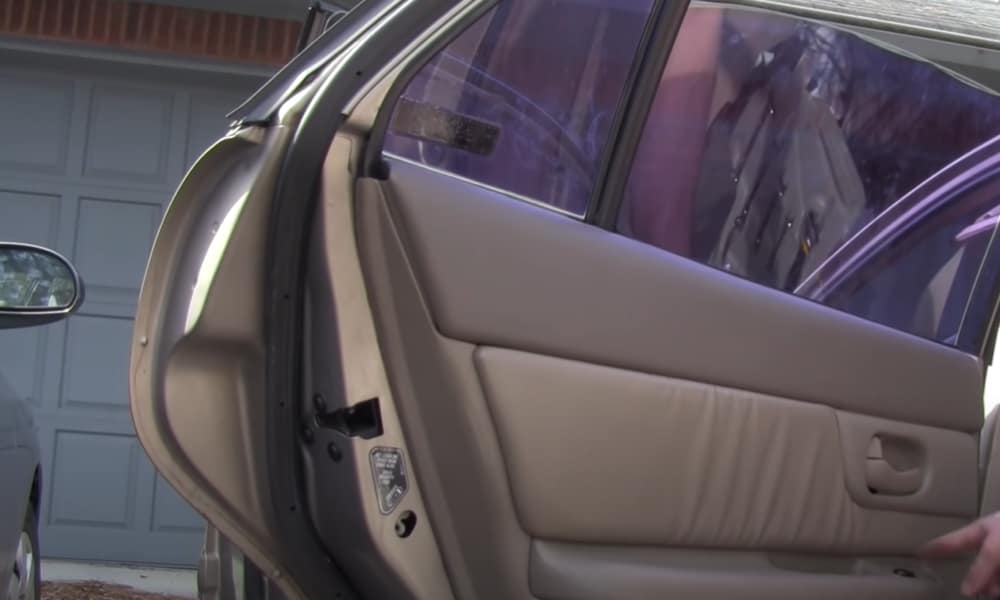 Almost all recently manufactured car on the market has a power window. It’s so rampant today that it has become a norm. Some of us have even forgotten how to roll up a window manually.

It’s quite understandable because most cars don’t use this method since power windows vehicles are quite popular.

These Mechanical fittings often make things easier, and that includes the power window regulators. However, they may tend to develop a fault such as a car window going down but not up.

This situation exposes your car to the dangers of theft or adverse weather conditions. In times like this, how do you pull up a stuck power car window to avoid the problem mentioned earlier? Well, this guide will provide a DIY process to manually pull up the window quickly before carrying out a repair or replacement.

Let see the steps below.

How to Pull Up Power Window Manually

Step 1: Take Out the Door Panel

The front driver’s side door panel has three metallic and two plastic screws making up the five screws that hold it in position. Each of the metal screws is under a plastic cover, beneath the door console grip, and behind the door and the right courtesy light. The none metal screws are at the edge of the panel.

You should take the plastic covers that conceal the screws and loosen them out. Then take the door console out of the panel. Fix a flat screwdriver behind it and pull the whole console backward to detach completely. Beneath the console, disentangle the two cable connectors.

The next thing is to drag the tab behind the plastic connector with a screwdriver and take the connector apart. Move the door console to a corner. Then, take out the black plastic panel at the other end of the window locks. It would be much simpler to pull it out with a screwdriver placed on the top and dragged downwards.

Pull up the panel bottom to unhook the clamps that fasten it to the door frame. You can use your hand or a sleek prying device to take out the both on each flank. Pull the panel up and move it off the track; then twist the door and push it out of the board while it’s still holding up.

Step 2: Detach the Window from Motor 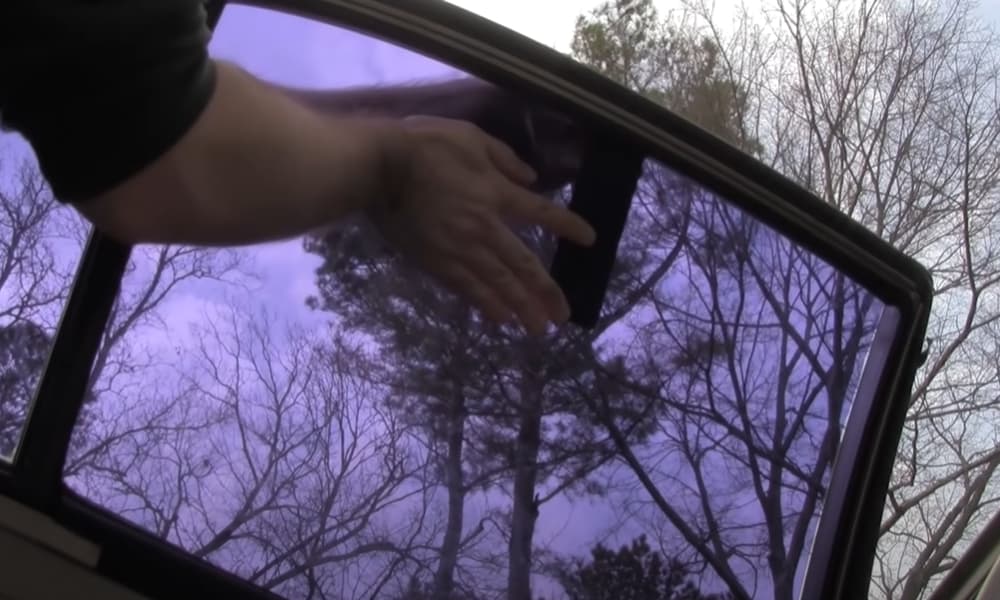 The first thing you should do is to get some pieces of wood. They should be about 1 ft in length. The woods would serve as props to support the window from the door.

You also find two clasps holding the window regulator mechanism. These nuts will be in the open if the window is down the biggest docks of the frame.

Loosen the nuts while holding the window, although the window can’t fall off immediately as its sitting ledge mechanism. Pull the top of the window as high as you can with one hand while securing it beneath with the other side. Insert the props in the frame, pushing it into the window bottom and door frame.

Step 3: Find and Disconnect the Motor 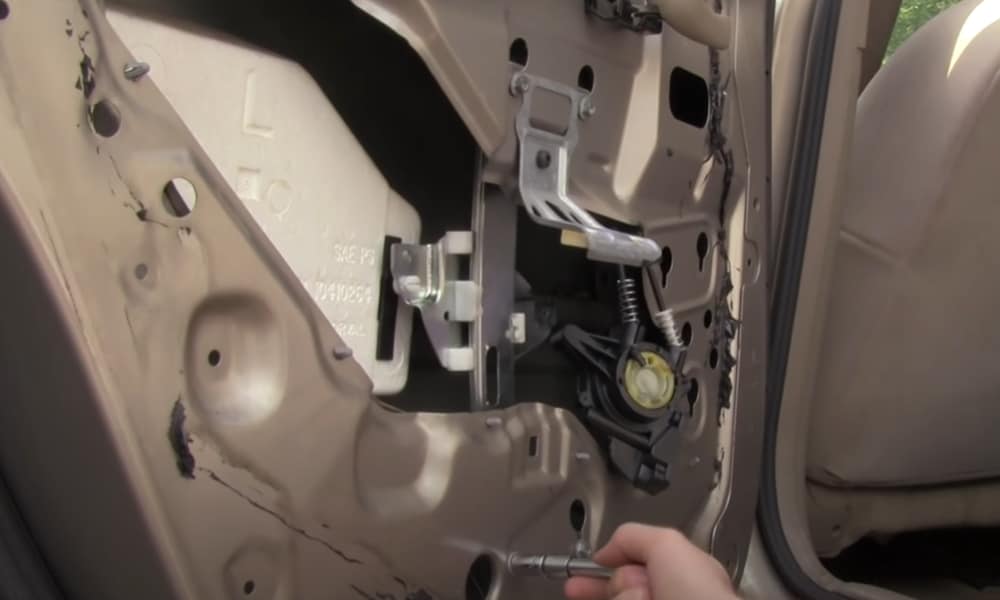 First, detach the three screws and fasten the motor to its position, which is close to the right side of the frame beneath the port. Shift the engine into view once you finish unscrewing the nuts. You can pull it to the back of the right port where it’s accessible enough and easy to work on and fix.

To take out the cover of the motor, pull it up well to detach it from the magnetic clamp that holds it in position. The next thing is to remove the motor axle. This one will be a little bit more complicated because of the two brushes stuck on either side of it.

These brushes shoot out immediately as you remove the axle, so you’ll need two elastic bands to hold them in place. If you get the snap ring, wrap it tightly around the copper cable heading to one of the brushes. Then thread it back to the other edge of the band and over the screw on the other part of the regulator.

Hold the other brush the same way you did the first one above with a second band. If you have the brushes tightly secured, you can lift out the axle from the body of the motor. Turn it anti-clockwise and move the shaft to a safe corner.

Step 4: Attach the Window to the Motor and Raise It 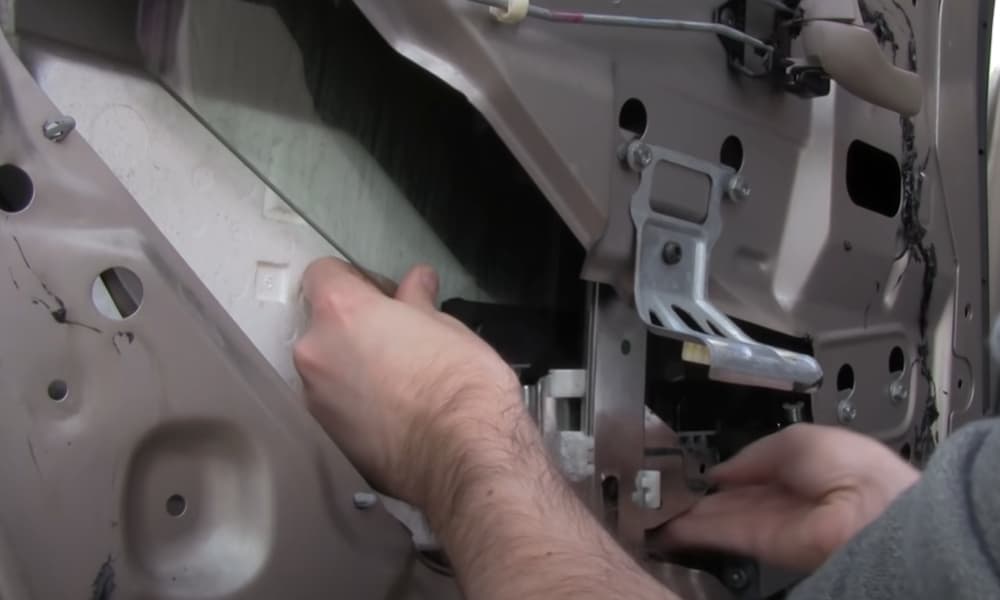 Here you’ll have to connect the window directly to the motor. You should raise it with your hand to an extent and then completing the winding with a motor. Hold the window shutter from the top and bottom and then take out the props supporting them.

Tighten back the nuts that hold the window back to the regulator ledge. Ensure that you fasten the screws well. Then, place your hands beneath and above the window and pull it up as high as you can.

Pull it up enough so that it can comfortably sit on the window frame, hold still until it maintains the tallest height. Use the other hand and place back the motor axle into its position in the motor body. Allow the shaft to go down on its own without pressure until it goes deep into the motor.

Do not release your hand entirely from the window but use the second hand to twist the shaft clockwise. The turning process helps it to lock into the motor body and then click the commutator with the brushes you reattached.

Lift the window as high as possible when pushing the axle down. When both of them are in place, put back the cover of the motor with caution. Ensure you don’t disconnect the shaft mistakenly to avoid loosening down everything again. Fasten the nuts back when the lid is back in position.

Fix back the door frame to its place, securing it with the five screws in their exact spots. Separate the wire connector completely as you won’t need them for a while.

Step 5: Put Back the Door Panel 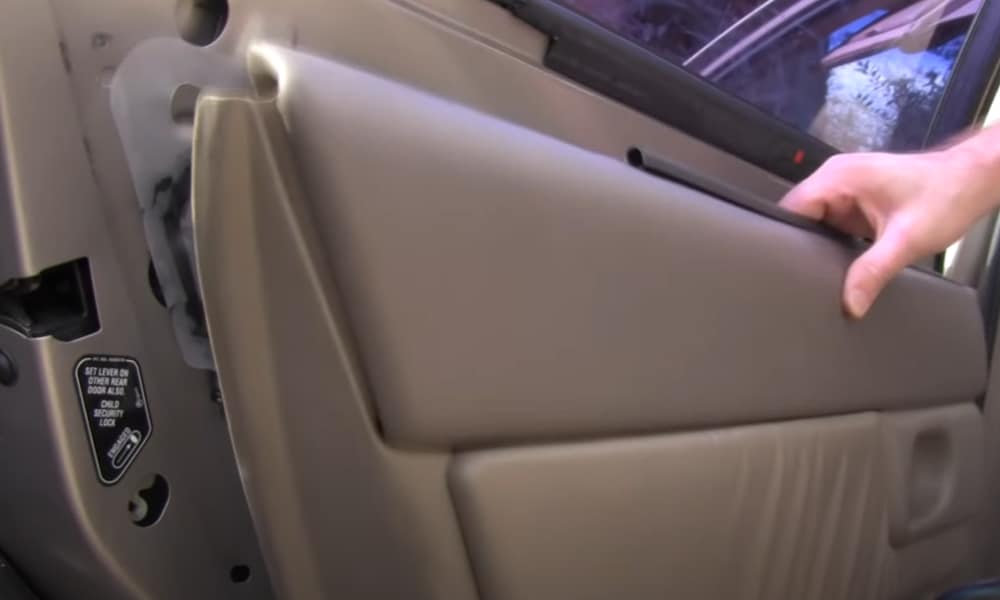 The final step is to fix back everything the way it was before. Foremost, place back the polyethylene door frame cover before putting it into position. Fix the door again into the panel first, and then place the top backside into the top door frame cover.

Place the door console into the panel and reattach the two plastic cable connectors, and then clasp it into position. Knock on both sides of the panel and the base edge to put the connector on the frame. Lastly, put back all the screws you took out.

You won’t want to get stuck with a car window goes down but can’t go up as it can be very frustrating. That’s why you should know how to get a power window up manually in case of situations like this. You would be in a much advantage position if you had this knowledge when your car window stopped working.

Our guide above highlights how you can get a temporary fix if the window won’t roll up before calling a car repairer. In summary, you must:

4 thoughts on “How Do You Pull Up a Stuck Power Car Window?” 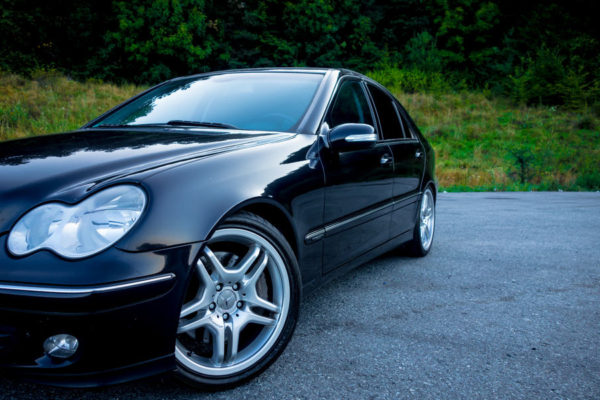 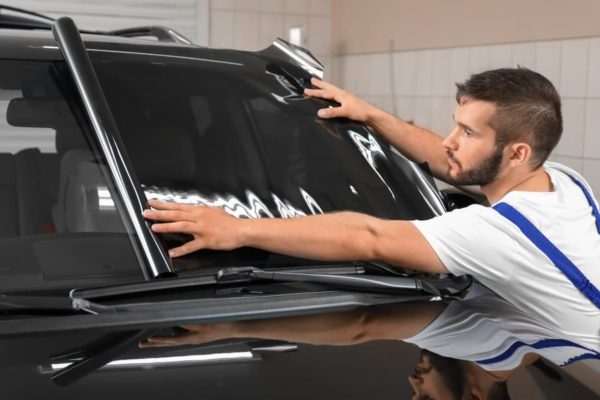 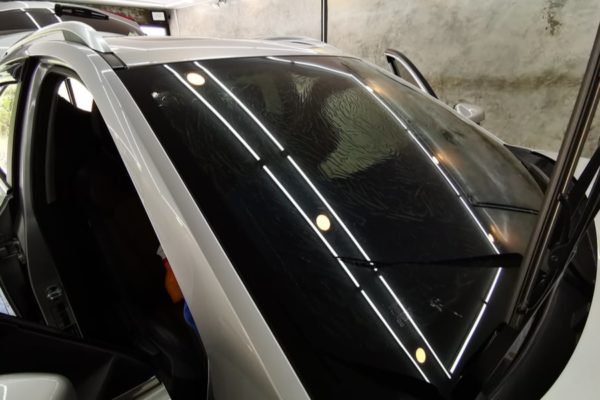