Are you wondering if you can put window film on low e-glass windows? Then you’ve come to the right page!

Here, I’ll answer this burning question. Likewise, I’ll discuss everything you need to know about these efficient windows.

Can You Put Window Film on Low E-Glass?

Yes. Doing so comes with a lot of benefits, such as:

Low-e window films can lead to an 86% heat loss reduction, thus keeping your place warm even if it’s cold outside.

And if it’s warm outside, it can keep your home cooler since it helps maintain ambient temperature.

As a result, both of these benefits can help you save on heating/cooling costs!

According to this video, a window film can also help lower the solar heat gain coefficient, which is the heat from solar radiation.

Likewise, it can block 99% of UV rays that can damage floors, furnishings, and what have you.

Low e-glass films also work to minimize glare. As we all know, glare can impair your vision – and make your eyes water even.

Films with a high safety rating may help keep the broken glass from entering your home – in case of a hurricane or tornado breaking your windows to bits.

It can also add a layer of protection since burglars will find it harder to get through a treated window. 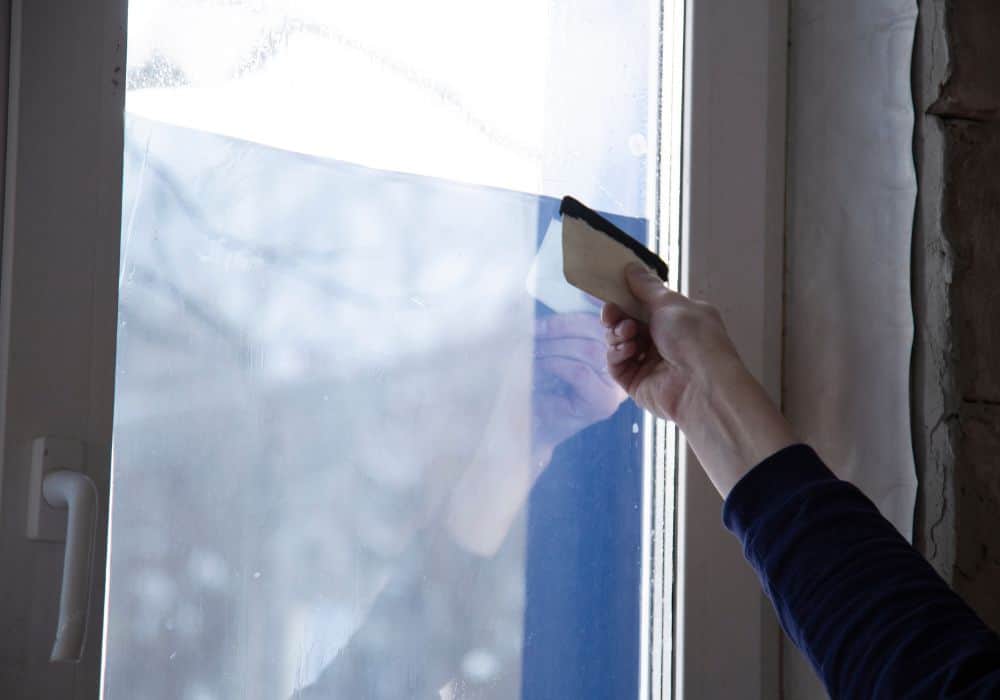 Window treatments can also help beautify your home – or maintain its appearance, at the very least. This makes films great for older abodes, as they can make your old, inefficient windows function as if they’re new double-pane models.

Films can also protect the panes of glass from fading.

Many films come with a lifetime warranty. So if you decide to film your new or replacement windows filmed, you only need to spend once!

What to Consider Before Using Film on Low-E Glass

Given the features stated above, it’s not surprising that many people opt to go for window films. However, there are several factors you need to consider before having these window tints installed.

According to experts, these are:

A conductive coating is one that’s incorporated during the glass-making process. It works to reduce heat but is less efficient in curbing heat gain.

As such, conductive Low-E coating glasses are said to benefit more from window films – at least when it comes to heat reduction.

The second type of surface is made from both conductive coating and certain metals. Compared to the material above, it can limit the amount of heat loss – and gain – by 30-50%.

As its performance is better than the former, the second type doesn’t necessarily need a window film.

Unless you know what type of Low-E surface your window has – and whether or not it needs film – it’s best to arrange a consultation with your window manufacturer ASAP.

Some Low-E glasses are single-pane windows, where the coating is placed on the interior part. Unfortunately, installing film on this type of window may lead to limited heat loss reduction.

On the other hand, dual-pane glass is a special type of low e-glass window. It’s coated on any/several of the following surfaces:

Given these variations, the location of the Low-E surface should be considered when installing film as well.

For one, a passive coating is used on the third and fourth layers that face away from the sun. They work to enhance heat gain – so that you don’t have to use artificial heating (i.e., space heaters, heat pumps, etc.)

Solar control films, on the other hand, are placed on panes nearest the sun (first and second layers.) It helps with heat gain reductions, thus keeping your space cooler.

So which benefits most from window film? According to experts, it’s both! The film won’t eliminate heat loss reduction, whether you have passive or solar control dual-pane windows. 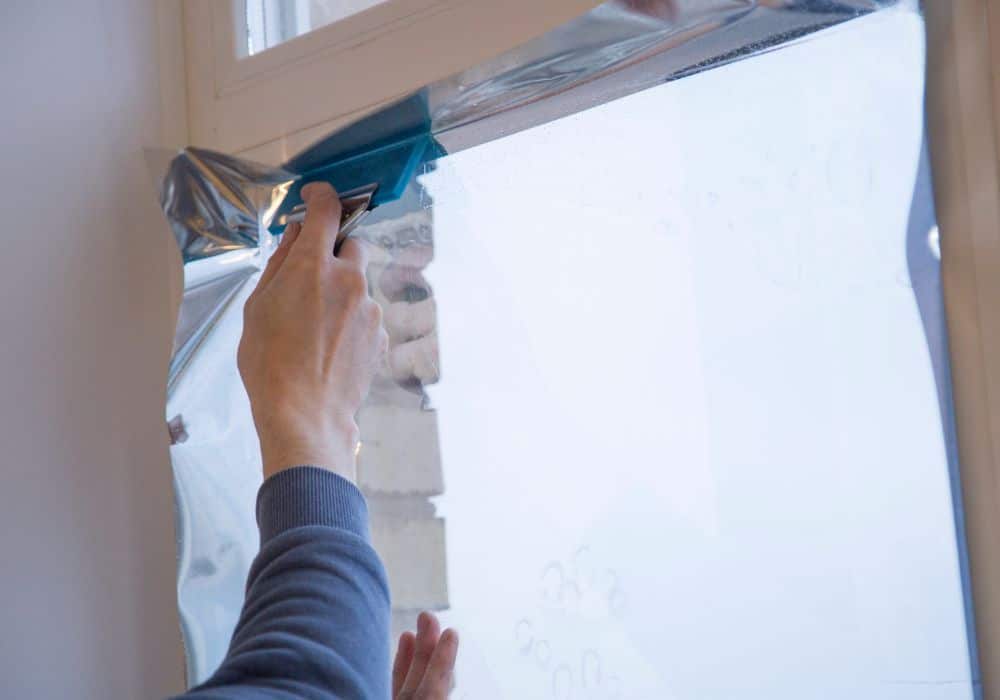 How to Install a Window Film on Low-E Glass Windows

As mentioned above, you can put window film on the correct type of energy-efficient window. To do so, you will need the following materials:

Once you have the said items prepared, you can go ahead and perform the following steps:

In summary, you can put window film on the Low-E glass. This is particularly true for windows with a conductive coating and single and dual-pane glasses.

While Low-E glass is already reliable, adding film can help with temperature control, UV protection, and glare reduction, among many other things.

Given these many benefits, it’s best to have your Low-E windows treated right away. True enough, it’s a good investment that will keep your home cozy – and safe – for the years to come.

Do you have any questions about Low-E glass or window films? Shoot your question below!