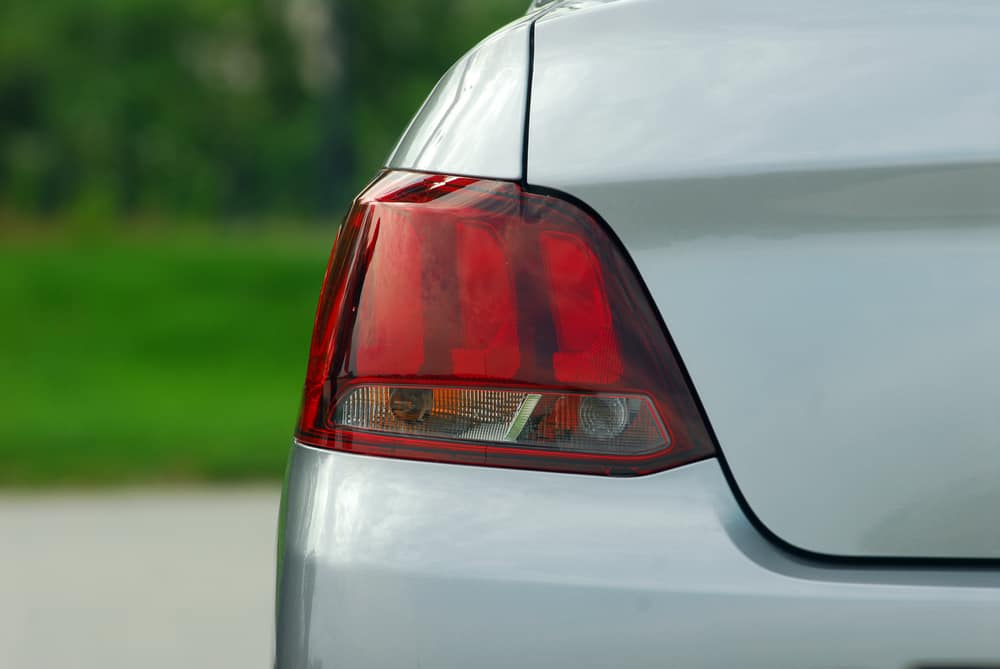 Many drivers enjoy using smoked tints for a sleek tail lights look but are unsure whether it is legal. The thing is that regulations are unequal in different countries. For instance, it is typically forbidden to use anything that lowers the tail lamps’ effectiveness in most US states, but things are different in Florida.

You can use taillight tint there legally, but the tinting level is limited. In most other states, drivers have no right to this kind of car aesthetics. Let’s see can you use window tint on tail lights in the US, UK, and Australia, and what are the restrictions there, if any.

A tint film applied over tail lights can look fantastic, but it significantly reduces the brake light output, causing numerous problems. That is a reason to be careful with this accessories type.

I agree that tinting provides a black-cherry-like dark hue to red tail lights, making them fantastic. Unfortunately, overdoing it can reduce the rear lights’ visibility, lead to a car accident, and endanger other road users.

That is why the law regulates this issue, and some tinting variants are entirely prohibited. The best option is to keep yourself informed, choose an allowed film, and enjoy your vehicle’s ultimate look.

Nowadays, you can find various taillight tinting options, such as:

It is possible to pick out different tint film colors, depending on the desired effect, such as:

Remember that applying a regular black tint film on tail lights and their complete blacking out is illegal in all states. It is understandable since such tinting type prevents clear visibility from a specified distance, especially at night.

Tinting films are affordable nowadays, plus some manufacturers offer pre-cut types that fit particular car models. In such a case, you can apply them on your own, but hiring a professional is a more convenient option.

Unfortunately, such a tint film can be dangerous since some types make tail lights non-visible. In other words, driving a car with such tail lights and obstructing their visibility is illegal and is considered equal to driving without rear lights.

Installers are aware of regulations, and you can expect them to refuse to tint your tail lights when your choice doesn’t comply with the law. Otherwise, they would help you drive aggressively and put in danger others behind you.

Are Headlight And Rear Tints Legal?

Tinted tail lights are trendy in the US nowadays because they look stylish. However, they are forbidden in most states, or their use is limited by the law and local regulations. All states require visible tail lights from the rear, and only the length of necessary visibility differs.

For instance, tinted tail lights are illegal in Washington State, New Jersey, Nevada, Vermont, and New Hampshire. You can also forget about additional tinting tail lights in Maryland, according to their law.

In some states, this popular way of tinting is legal, but the tint laws are strict. The most demanding requirements are in Texas and Illinois, but some other states are also without much understanding of aesthetics at the expense of traffic safety. That list includes:

Unfortunately, there are no federal limitations on tail light tinting, but that issue is subject to state laws. Therefore, the best solution is to check the conditions that make tail lights legal in the Department of Transport or your local municipality.

Any tinting impairing the required tail lights effectiveness is prohibited in Texas. Since most manufacturers must meet rigid safety standards, there is little room for experimenting.

The law in Georgia forbids smoked tail lights. You can tint them to some level, but it is better to avoid it. Basically, it is required to make 70% of light visible.

In Tennessee, the law prohibits displaying blue-tinted lights on cars. Each vehicle must have red tail lights.

It is allowed to have a slight blue or yellow tinting on tail lights in Kentucky when the manufacturers install them. It is forbidden to add anything after buying the vehicle.

The law is pretty awkward in Pennsylvania. You can freely tint tail lights in this state without any limitation. However, you can’t drive your car with such changes on state roads and highways.

As long as your tail lights are visible at least 300 feet (91.5 m) from a distance, you can have them tinted in Hawaii.

You can beautify your tail lights with a tint film, but they need to be visible a minimum of 100 feet (30.5 m) behind your vehicle.

It is possible to apply custom tail lights in California. However, they must have a red inner lens and a clear outer shell.

Smoked tail lights are legal in Florida, but you should follow the rule of emitting a visible red light to a distance of 1,000 feet (305 m). In other words, at least 24% of light must pass through tinted tail lights.

No law in the UK entirely bans tail light tinting, but you can’t change the light’s original color. In other words, rear lights must stay red, and the film mustn’t dim them by more than 50%.

Australian laws are similar to those in the UK, meaning tail lights must be red, and you can’t change them. The rear light tint mustn’t block more than 15% of lights, making them visible from a distance of a minimum of 655 feet (200 m).

Once you decide to darken your tail lights, you can choose between a few options:

Besides considering the law, you should check the right way of darkening when deciding to modify the tail lights on your vehicle. It is possible to choose between two options:

The primary difference between them is the effect of the light that passes through the lens. Tinting allows a darker appearance, making this solution non-advisable for tail lights.

On the other hand, smoking these lights will be more delicate and allow better visibility. Unfortunately, both approaches will reduce the light level of the tail lights. Therefore, some states will restrict even the smoking option.

This dilemma is pretty controversial nowadays. A spray tint can change the tail lights look in a way that tinting can’t and make them more appealing. However, an unprofessional spray application will ruin your tail lights if you are not skillful enough.

Additionally, the spray will negatively affect the tail lights’ transparency and black them out, making this option entirely illegal. The tint film is better and more affordable in this case, but you must check the law in your state before applying it.

How Much Does Tinting Tail Lights Cost?

Tail light tinting is relatively affordable. The professional installer will charge $65 to $150 per lens for a perfect fit film application. The price will depend on the vehicle type, tail lights shape and size, film quality and brand, and state where you live.

Custom-made tail lights are typically more expensive than commercial and universal options. Such satisfaction will cost you $150 to $400, but some solutions are even more pricey.

The DIY job is always cheaper, but you must be careful to avoid breaking the law. For this project, you will need adhesive remover, a heat gun, paint thinner, and a hairdryer. You will probably need an hour to finish the task, and it will typically cost you $75 to $100 per lens pair.

Custom tail lights will make your vehicle unique, but you can face a problem with their legality. Therefore, you should check your state’s law and local regulations before applying tint.

If you are lucky and this way of car beautifying is legal in your state, you will quickly find a reputable manufacturer to do the job. Most will offer a warranty, making your investment protected. 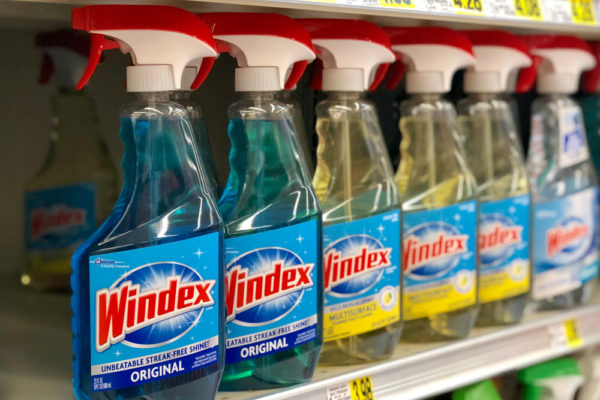 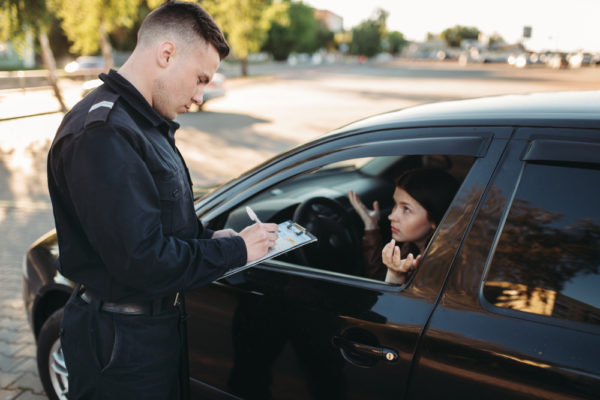 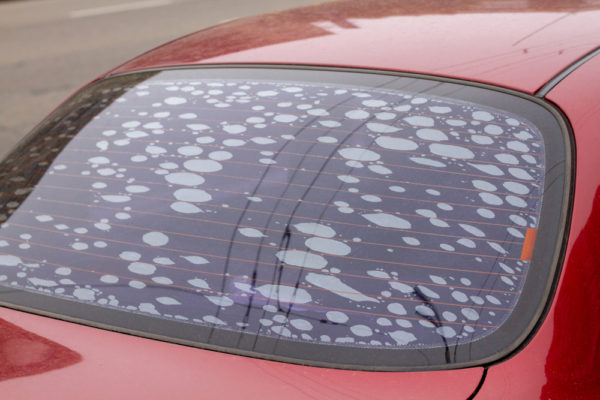 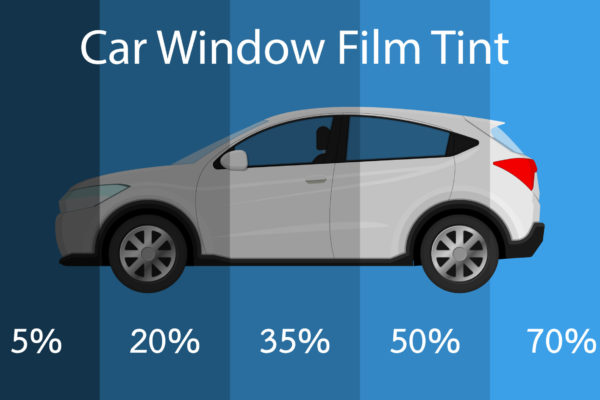